I’ve been off antidepressants for almost a week. The withdrawal symptoms are stupid. Of course, I saw this coming, because I already reduced my dose a couple of months ago, and soon it was going to be time. I was originally planning to use up the rest of the repeats on my prescription, but then the stupid car accident happened, which made it difficult to travel anywhere – including the chemist – so I decided to stop once my medication ran out.

I kept experiencing headaches and dyspnea last week. Thankfully the dyspnea has stopped. It was really scary not being able to breathe at times, and struggling to walk because I had to stop to catch my breath. I suppose it was due to insomnia last week, but I feel alright at the present moment. I guess it’s just a side effect of letting the medication go. It happens. I just know I’ll be okay and I’ll get through it, and come out alright. :)

On Saturday I went to see Weezer live – it’s the first time they’ve been here in sixteen-odd years. Sure, I was only five years old when their legendary self-titled debut album (lovingly known as the Blue Album) came out, and they toured Australia, but that does not stop me from loving them. I heard their songs play on the radio when I was younger, and they would sit as small, finite memories, until I would later discover them in my teenage years and grow to love them in entirety.

I went alone to the concert on Saturday night. After much debate over whether or not to bring my camera, I ended up bringing it and trying to hide it from security. I heard that they are extremely strict at the Sydney Entertainment Centre. I’ve been there a couple of times before and have been horribly annoyed at the fact that I had to empty my water bottle on both occasions. Regardless, I was able to take in my camera and no one seemed to mind. I was early, which landed me a spot in the front row behind the barrier. I always seem to get stuck on stage right, so that night I had a wonderful view of guitarist Brian Bell.

Weezer played a greatest hits set followed by the Blue Album. Tickets were sold out and no one was going to move from their spot so I took photos from the same standing position. I don’t really care for photo passes anymore. I’d rather be standing with all the people and take photos throughout the show – I prefer that, instead of only being allowed to take photos for the duration of three songs with a photo pass. I don’t care that I wasn’t madly close and couldn’t stand in front of the barrier. I had a great time… and my photos aren’t great, but I think they’re an okay effort considering where I was standing.

Honestly, Weezer was the best show I’ve ever been to. I have no more words. I’m sorry. It was just amazing. Hands down, best show I’ve ever been to. I’d pay a hundred dollars to see them again, and I wouldn’t hesitate. I would love to see them again. It’s honestly made me realise how shitty a lot of gigs I’ve been to actually were. It’s made me realise how much money I’ve been “wasting” on gigs… whatever. Weezer was the best.

I actually feel like crying because it’s over and it was beyond amazing. 😢 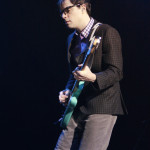 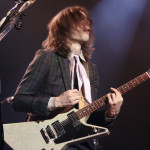 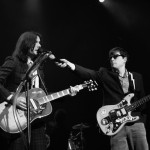 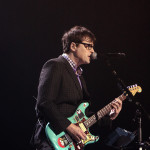 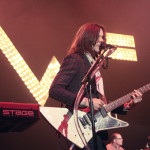 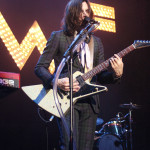 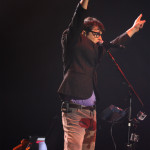 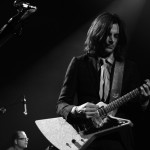 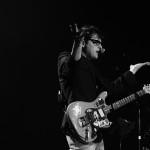 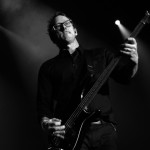 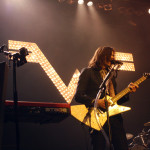 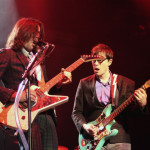 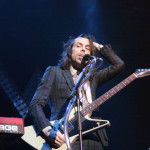 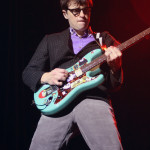 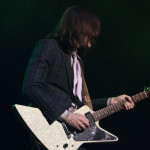 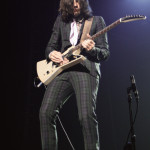 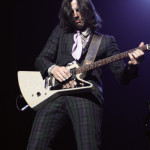 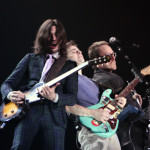 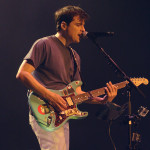 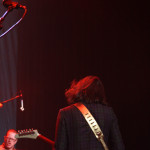 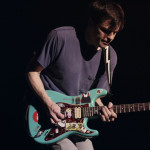 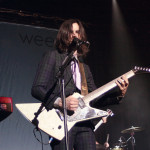 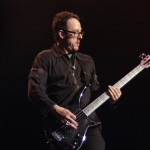 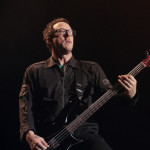 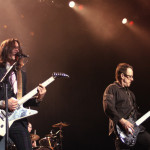 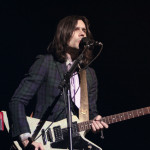 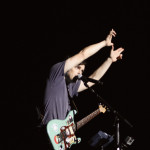 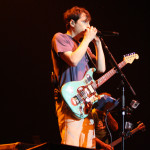 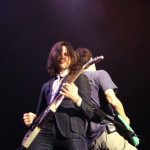 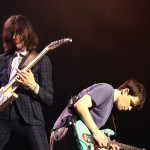 I hope that the symptoms will pass for you really soon and that you can start to feel ‘normal’ again very soon.

I am so glad that you had a good time and really enjoyed the show, that is so awesome. I have to say I think the photos are absolutely wonderful! :D I don’t know how you could think they’re not. WOO.

Hopefully you can see them again soon. ♥

It sounds like you had a really great time at that concert! I’ve not heard of Weezer – are they big outside of Australia?

I hope you feel better when the withdrawal symptoms finally end. I agree – not being able to breathe is really scary!

Your photos look great – you wouldn’t even know that you weren’t right up at the front – as long as you get some good photos, you’re doing fine! :)

No problem! Yeah – I’d rather have comments – pageviews could be anything, and it usually turns out to be spam bots and ad bots and whatnot. I’d like to build up a blogroll cause’ I’d like to be able to show that I do have people that I’m friends with/talk to regularly online, and it’s nice cause’ I’d be sharing readers. Link exchanges would be purely for attracting visitors, and hopefully, readers/comments, and also requests and ideas for tutorials and stuff. /bounce

I only pay for apps with the £40 in vouchers I’ve had over Christmas – I still have around £18 left which is good for apps and also music. :P I’ll definitely post some more app reviews – I don’t suppose it would count as a pillar post, which I’ve read are the best thing for attracting readers, but people love apps, right? I’ll try and stick to the free area, but there are some cool paid ones. xD Also, no problem, everyone gets busy! :) I’ve had a lot of free time lately so I’ve been setting my blog up. It’s pretty different to anything I’ve done before. Not having to code themes from scratch lifts a big weight off my chest, so I can concentrate on the writing and content! :D

I hope that your withdrawal ends soon!! Nobody should have to experience any of those symptoms. I am beyond incredibly jealous that you’re from Australia. I would LOVE to travel to Australia however, the wildlife terrifies me. I’m glad you got to see the Weezer concert and that you went in style with your nails ;) I used to listen to weezer when I was younger, not so much lately. ♥

I’m happy to hear that you’re off the antidepressants, and so soon too! I hope that the symptoms will stop soon, because they sound, in a word, freaky.

Glad that the show was worth it! I’d think that Weezer would come around Sydney more often, because it is a large city and a capital too!

And I forget to mention – the gigs you went to served their purpose. I remember reading how much they made you happy when you went to them to unwind. I don’t think that those tickets were wasted money at all, especially since they’re probably a lot less expensive than these once-in-a-lifetime concerts.

I hope you feel better and that the withdrawel symptoms pass soon!

That’s good that you were able to bring your camera to the concert. A lot of concerts I go to in the bigger venues don’t allow them, and check for them before you enter. It’s pretty annoying. I’m glad the concert was so good! They seem like a band that would put on a good show :D I think your photos turned out well too!

Hang in there! You’ll get through this. :)

Those are some nice photos!!

Ugh….has it really been that long since Weezer released their debut album?! I am getting old, considering that I was 16 when it happened. :P I am glad that the concert went well, and you got some great pictures.

I hope that you feel better and that your withdrawal symptoms pass soon.

The photos came out so clear and well, I’m amazed you took them at a concert! I’ve never heard of them, but I’ve never been too good with musical groups. :X

I hope your withdrawal symptoms will fade away soon. :( I’ve had to do that a few times in the past year, and because my body and brain were so dependent on them, it was pretty tough every time, but I’m glad I’m through them. This is honestly the first time in over a decade that I’ve been completely drug-free, and it’s pretty astonishing to think that!

Best of luck to you!

Those are great shots from the concert! (Y)
I’ve never been a fan on Weezer but I do remember them.

I’m sorry about the withdrawal symptoms, hope you get better.