Kya just moved my account to a new server, so if you are reading this in a feed, in your email or somewhere not on my website, and cannot actually see the post on my website, try clearing your cache. :)

Seb was lovely enough to help me out with Fashion Friday for this edition. I was hoping to do Fashion Friday more than once a month but this will have to do for now, haha. I don’t want to stick to a strict posting schedule for it or anything, so for now, Fashion Friday will be a pretty erratic segment.

Last week Seb and I went to see Greta Mob, and I took some press shots of the band (as well as some live ones). Since we were pretty early and the outside area was not too busy, I asked Seb to take a few pictures of me just sitting at the bar tables. I was well prepared for a loud rock show.

This is one of my more casual looks. My hair is probably the only “different” thing to my usual style. I usually like to keep my hair out. However, it has been growing longer and getting in my eyes even when I tuck it behind my ears. I chose to tie it up this time, and not just in a ponytail, but in a bit of a loopy, incomplete one.

I’ve been generally treating Fridays at work as a more casual day, so I wear a less dressy shirt and skirt. I forgot that I owned a pair of grey tights so I wore those instead of black ones. I am also wearing my signature denim skirt, which I have had for six years. 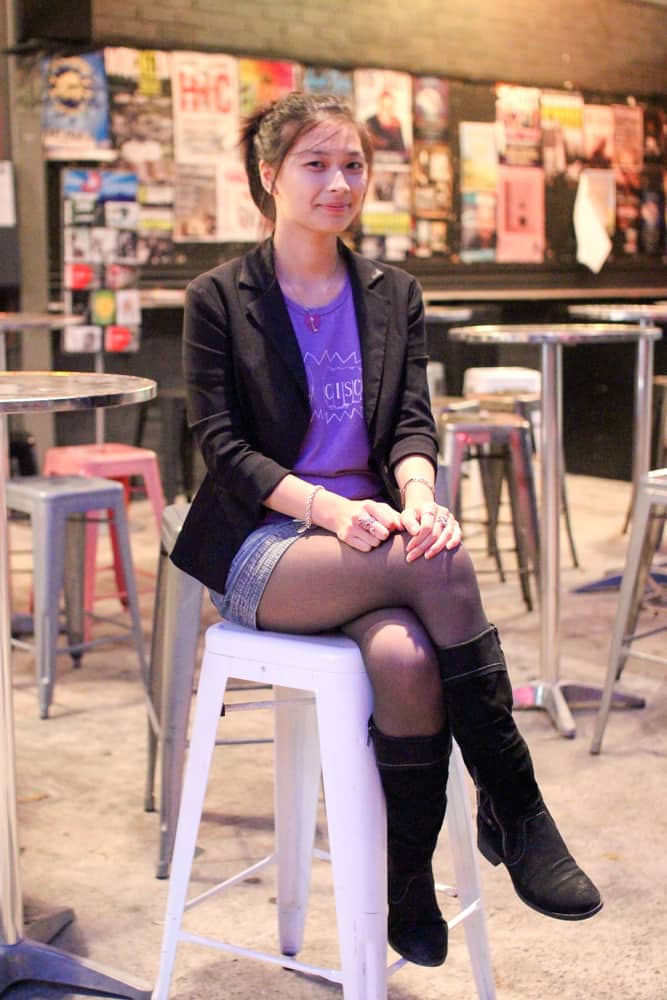 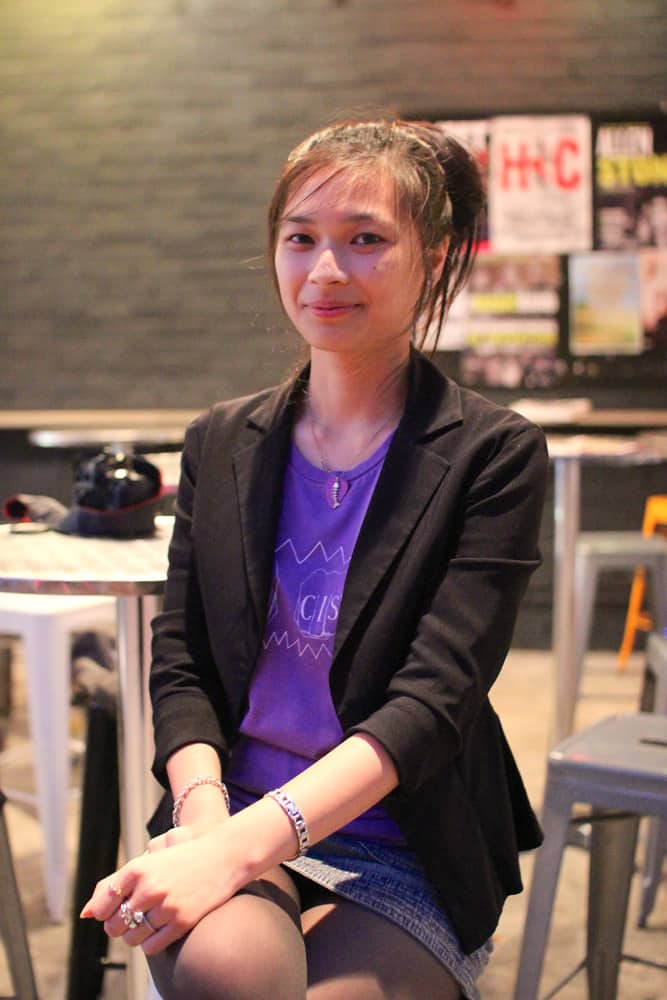 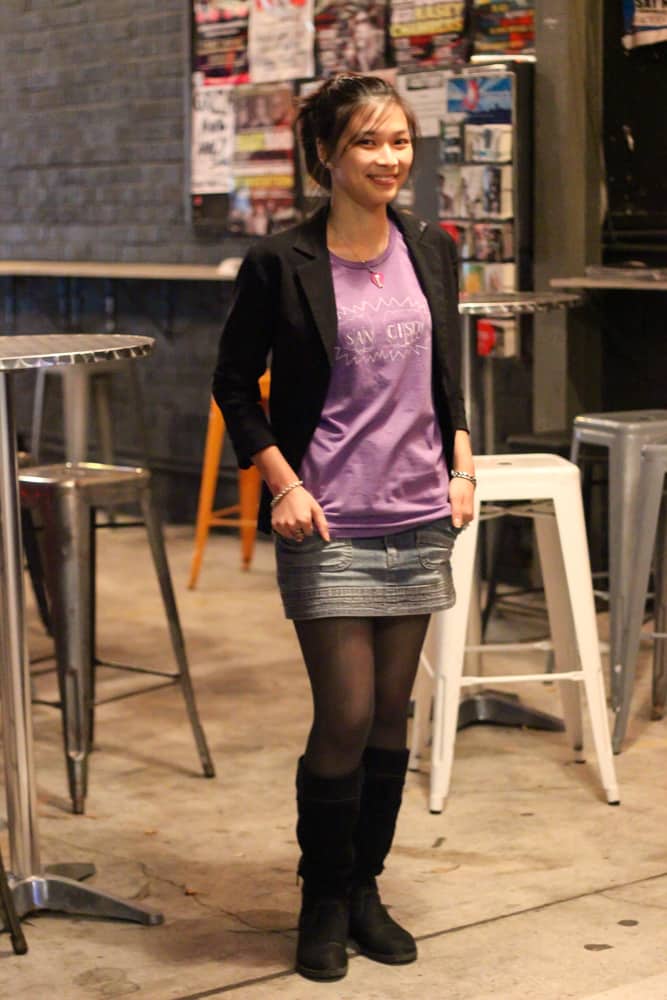 Featured are my favourite boots as well, which I featured in an old post. James called them the Gujo boots, because I had walked with them in the snow in Japan and they had soaked through. I had left them outside to air for almost three weeks and they didn’t smell after that. Nice and clean, haha. So they have gone through quite a lot and I love them because they are so comfortable.

I am wearing my San Cisco shirt, which I love because it is purple. It is a really nice shade of purple as well. I actually won the shirt from a competition about a year ago. I don’t listen to San Cisco’s music that much anymore but I do still like them. My black blazer is the one I wear to work most days.

I actually removed my pink nail polish last week because it had already started to chip. I forgot how much I like having unpainted nails, even though it is a lot of fun to have some colours on them. When my nails are long, sometimes it is hard to pick a colour that looks good on long nails.

That’s it for this week. Again I want to thank Seb for taking the photos in this post, and hopefully he will be helping out in future posts as well!

You really suit having your hair tied back. It highlights your face. :)

My nails are unpainted most of the time just because I get fed up of painting them haha! I need to invest in some quality polish so that it doesn’t chip and peel of so easily.

I love your blazers and accessories! :D

I need to be more comfortable with bare nails again. I have a bad habit of letting my polish just chip and look bad for days because I don’t wanna take it off.

:love: Loving your hair up …
I get my nails done now. I am becoming a bit of a lady in my old age ;-)
You always have cool clothes …

sidenote: I have a blog up now. I’ll have a new domain for it during the week.

I like your hairdo! It looks cute and casual. ♥ (Plus you look a bit older. :p)

While I enjoy my nails being colorful, I’m not used to having them painted. I also bite my nails, though. :x I like your ruby-ish ring!

You look so cute!! ♥ I love that ring you’re wearing!

I agree, sometimes I do like my nails unpainted. It’s also good to let them. breathe too once in awhile . :)