I bought a new camera lens last week. It’s the Sigma 30mm 1.4. The reason I bought it was because I needed a lens that would work better in low light for photographing concerts. I was previously using a 50mm 1.8 (otherwise known as the “nifty fifty”). The problem with the 50mm focal length is that sometimes I am really close to the stage, so my photos end up being mostly close-cropped shots of musicians’ faces, or portrait-like shots. With my 30mm lens I can now stand in the same position but be more comfortable capturing more in the frame of the photograph — that includes more of the guitar, and more of what the musician is actually doing.

I took it for a test run on Friday when I saw Jeremy Neale (again!) and Palms (again too — love that band but haven’t seen them in a while despite them having shows regularly). I was already at the front of the stage but because it was high, a lot of the photos I took seemed far away. I was still quite pleased with the results, though.

I also used the same lens on Saturday when I went to see The Protomen, who I was shooting for Tone Deaf. It was my first gig for them, and I worried a teeny tiny bit that I wouldn’t be put on the door list even though I got confirmation. One time I saw Ball Park Music, I was supposed to be on the door but I wasn’t, and even though they let me in anyway, it was annoying. But I was on the list after all, even though it was hilariously incorrectly spelled as Gorgie Luhur.

I had a great time shooting The Protomen. I hadn’t heard the band’s music before, but knew they were from the United States. Their music is inspired by video games and classic rock opera style. I was really impressed by their performance, both appearance-wise and music-wise. They showed such personality, with several of the band members singing. It was awesome that a couple of them enjoyed showing off in front of the camera. You can check out the photos I took for Tone Deaf on their website.. 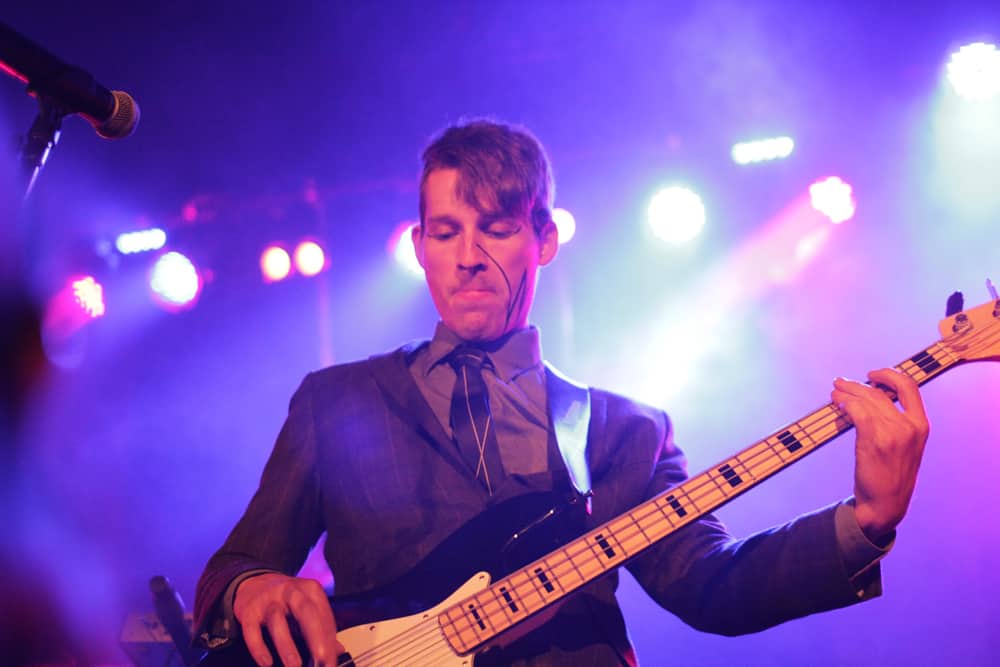 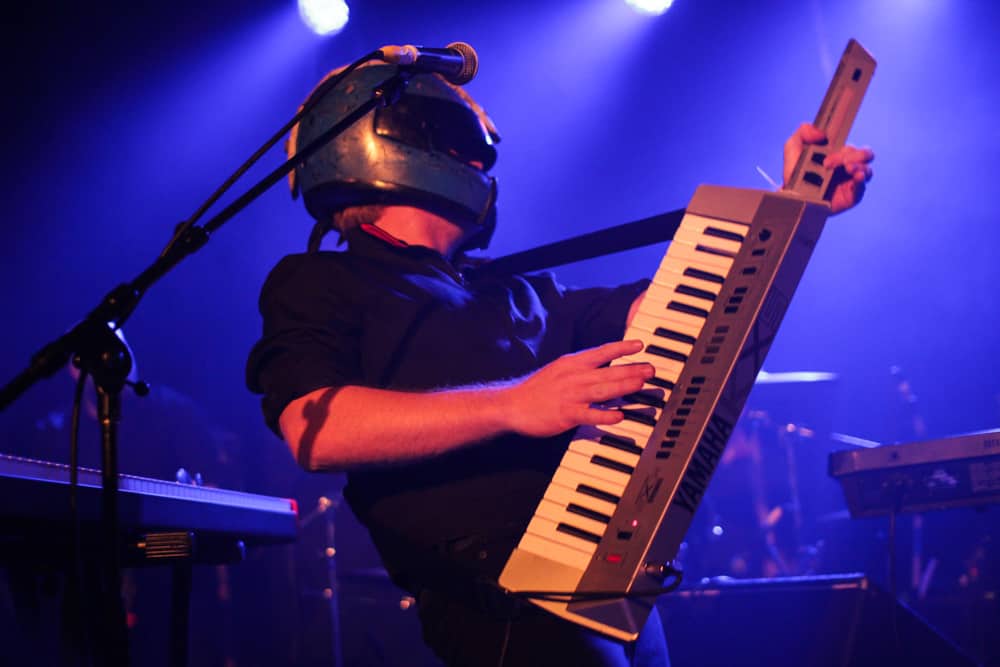 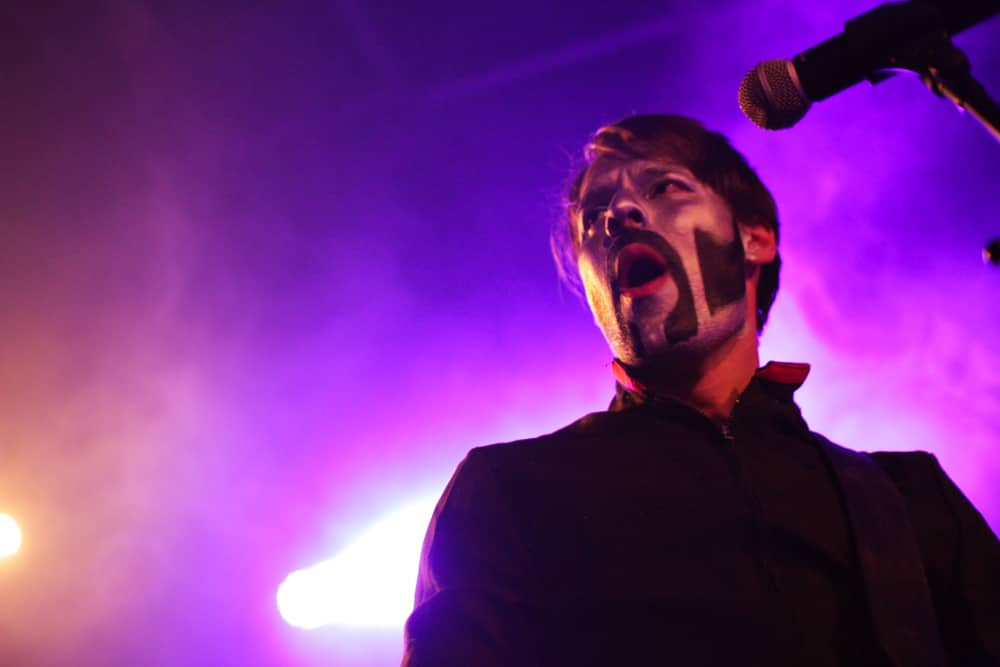 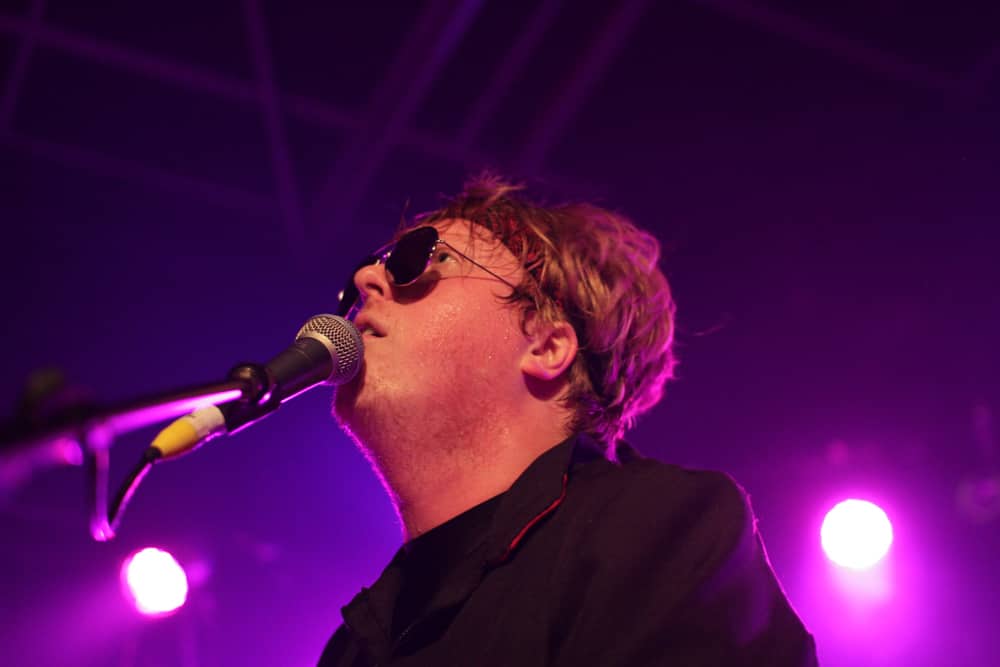 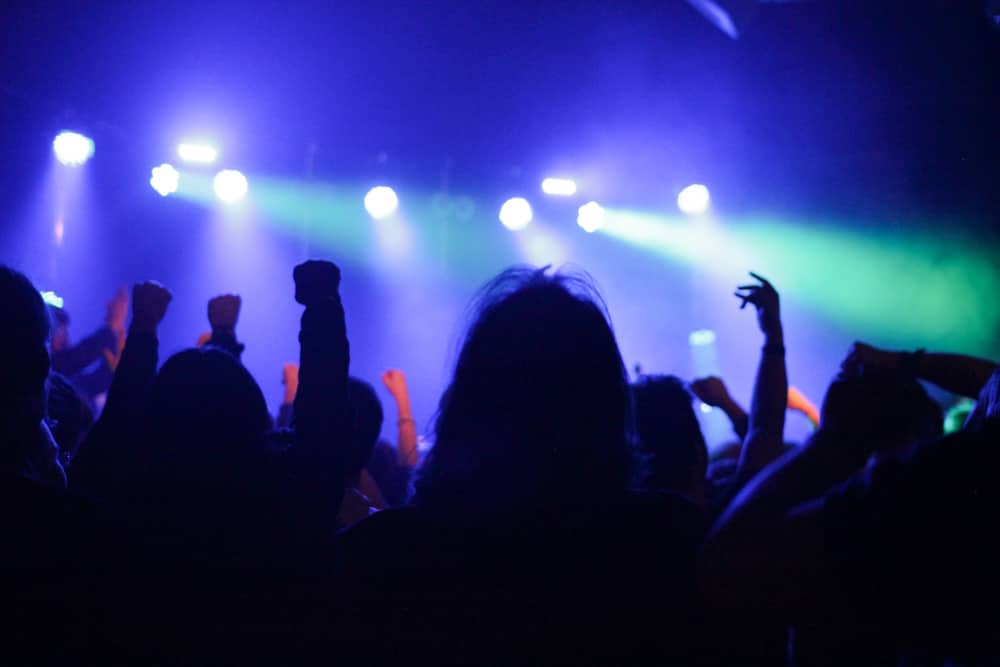 The band was supported by nerdy hip-hop singer MC Frontalot and Sydney band Maux Faux (mo-fo). I was impressed by these guys and will definitely be checking out their EP.

On Sunday, Brandon had his taekwondo grading for his first black belt. I was pretty impressed and very proud of him. I took a few photos. It was a bit of a struggle to really get good photos because it was in a dark hall. Also, since I was pretty far away, my lens didn’t do much as it wasn’t a zoom.

Regardless! (He is the one with the glasses on the left.) 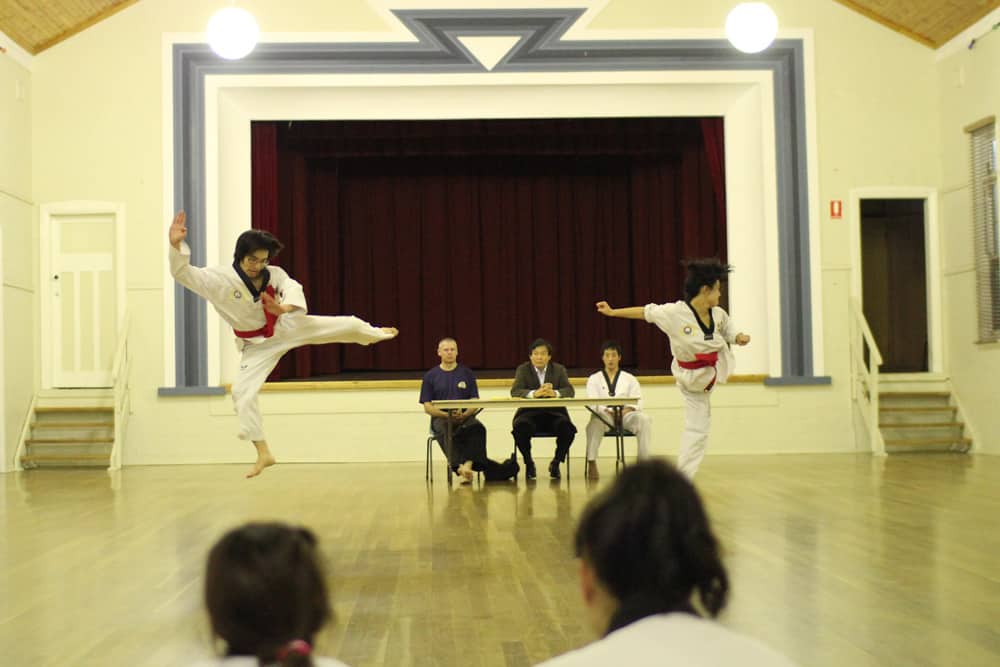 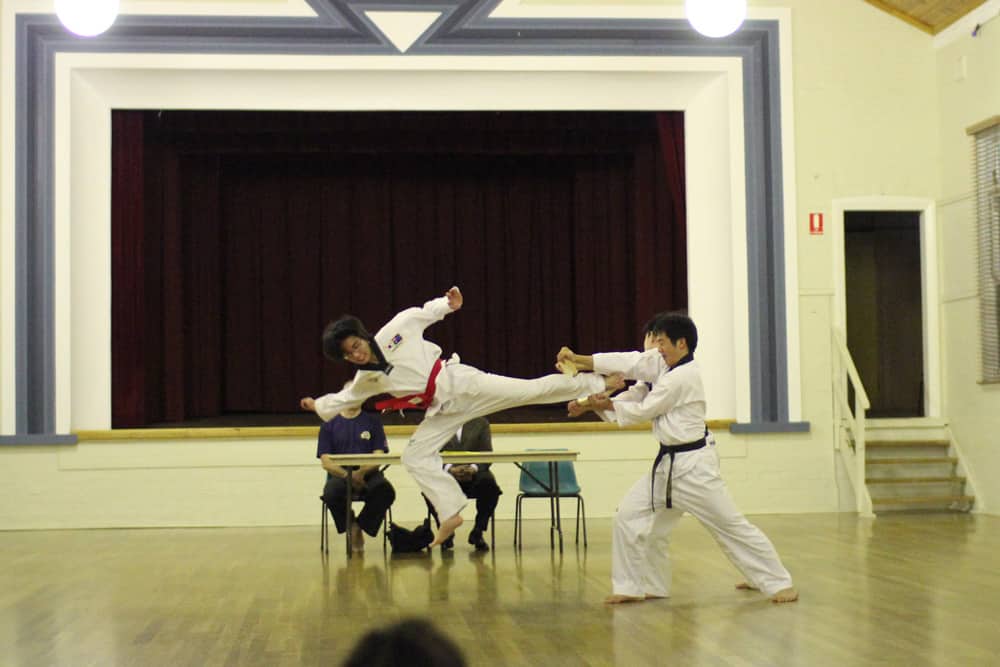 Yesterday James and I went to eat at Wagaya, because they have a 50% off sale (of everything on the menu) for another week and a half. Our bill came to $33 after the discount, which was quite awesome. 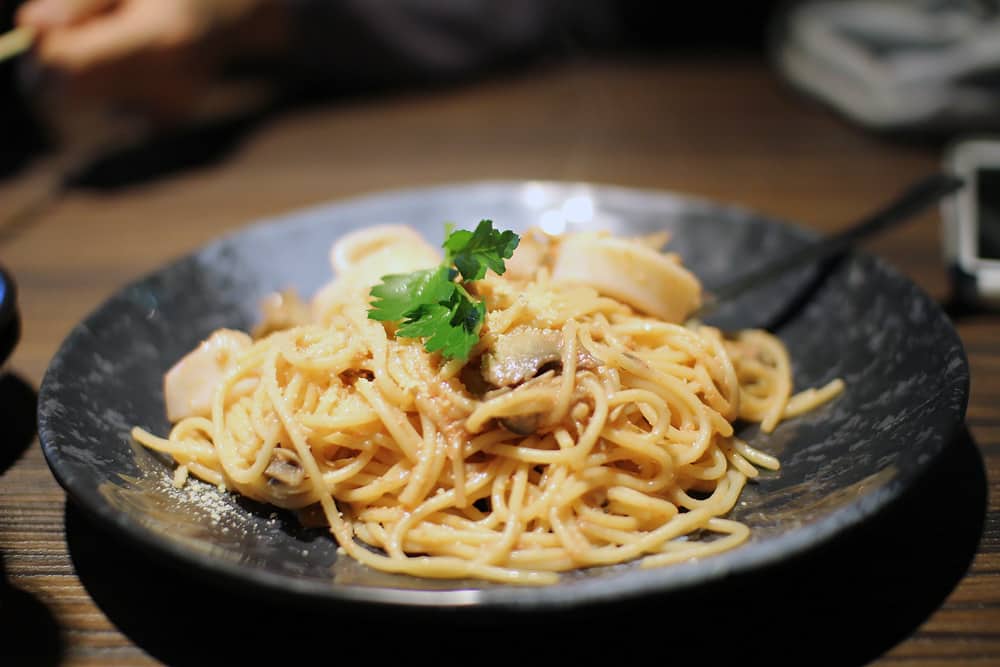 University started again this week, I wish it hadn’t because I feel like a hole has been pulled out of my week. Only fourteen weeks left until I finally finish my Masters degree!

I was on the guest list for a festival once and when I turned up they wouldn’t let me in. In the end I rang up the guy who was running the festival who knew who I was and let me straight in.

You’ve got some great action shots there of your brother doing taekwondo! Love it! /eee

I hope everything goes well back at uni. It’s going to be such a drag for me when I have to go back in September after 5 months off haha!! :P

Awesome concert photos. I recently upgraded to a new camera and it’s surprising how much of the camera language I actually understand now. :)

You are already almost done with your Masters degree! That’s so awesome. It seemed like just a short while ago you were starting . But then I haven’t been around much so that’s my problem. ^_^

Those are really nice pictures! I haven some type of lense for my new camera (new to me) that I’m still trying to figure out the basics of lol doesn’t look like I’ll be using that lens for a while! /hehe

Sucks that school is back in, but so exciting that you’ll be getting your masters soon! 👏

Those pictures do look better than your old ones! So are you professionally taking pictures of concerts and gigs now? (That sounds super exciting, by the way.)

And I hope that Brandon passed his test! Good luck to him!