Fashion Friday: Birds of a Feather

Here’s a new outfit I wanted to share. I’m not a fan of brown, really, but I have a really nice pair of brown tights, and this sort of woolly dress with a half-leopard half-bird pattern on it. The colours are dark brown and light brown — a chocolate colour, and a more tan colour. I bought this along with some other similar winter clothing and long-sleeved pieces. It wasn’t in a chain store; I think it may have been in a boutique-like store that sells rare one-off pieces. 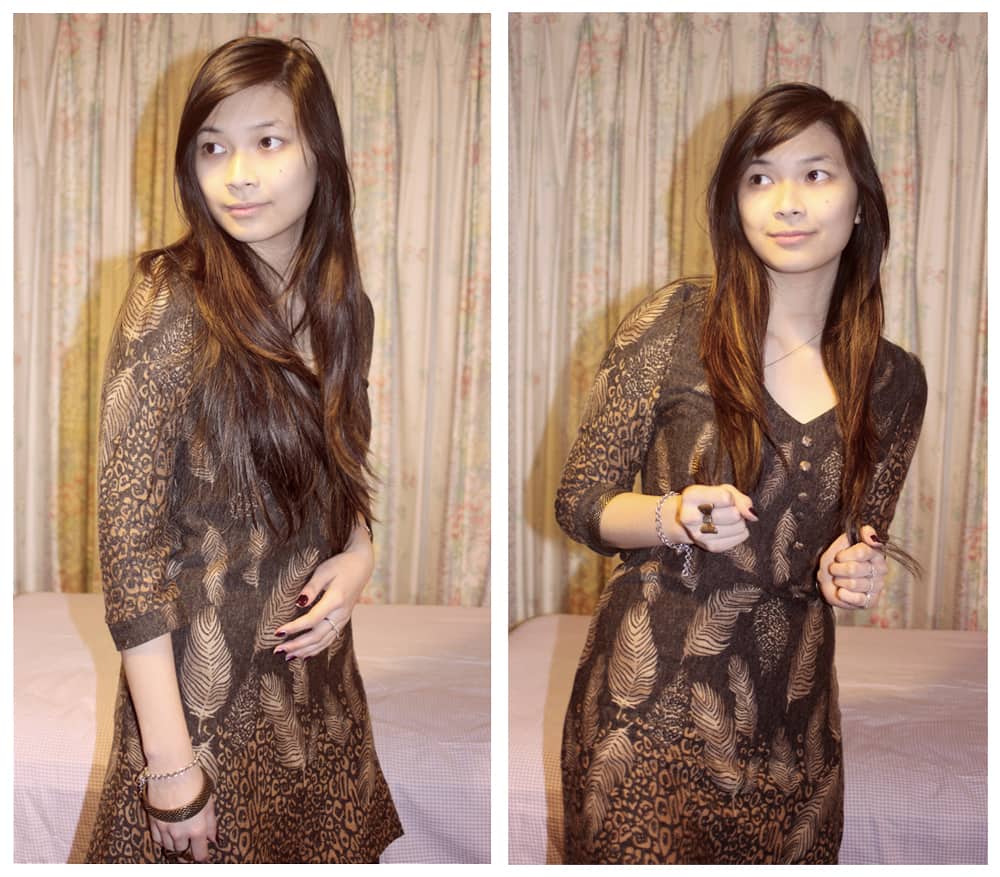 Yeah, that’s about it for Fashion Friday, but I did want to fill this post with photos of some recent events.

After Zack left, I have gotten used to him being so far away, but there are occasions I will forget. Today I was about to ask him if he wanted to join me for lunch. Alas.

Last Friday I saw Lime Cordiale, and I bumped into Jess — I have bumped into Jess on so many occasions. We first met at a Velociraptor show, and following that, we kept seeing each other at various gigs. She is also a photographer and encouraged me to apply at Tone Deaf, one of Australia’s biggest music blogs. I was thrilled to find out a few days ago that I was on the team! I have a feeling it will be a while yet before I get assigned any gigs to shoot at, but it’s already getting me pretty excited. Jess is also co-editor at Casual Band Blogger, and I should be photographing for the website at some point in the near future. On top of all of this I am still contributing to A Music Blog, Yea? which has been fantastic; a few bands have actually acknowledged us and it’s nice to have AMBY around because, being based in Canada, it’s a good boost for local musicians.

Anyway, Lime Cordiale were absolutely fantacular. It was amazing to hear Famous once again; it was great to see the boys playing live again. Oli said that he hadn’t seen me in a while and I exclaimed that for the past few months, every time they were playing, I happened to be ill or busy. Gosh, I never realised how much I loved Lime Cordiale. I could always afford to miss their gigs because I knew it wouldn’t be too long before they would be back, but when I see them, I fall in love all over again. 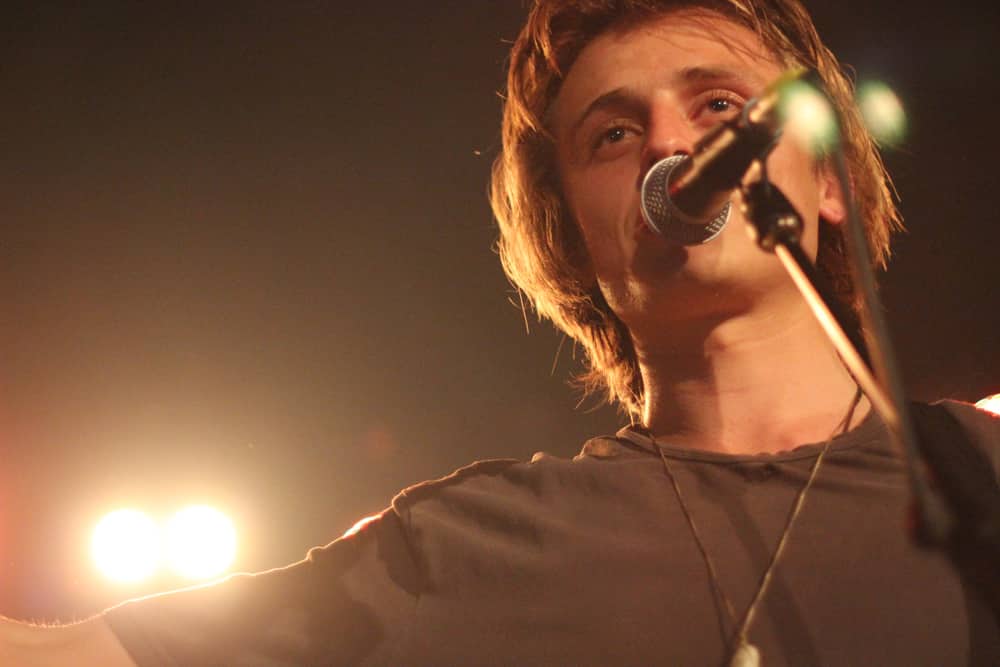 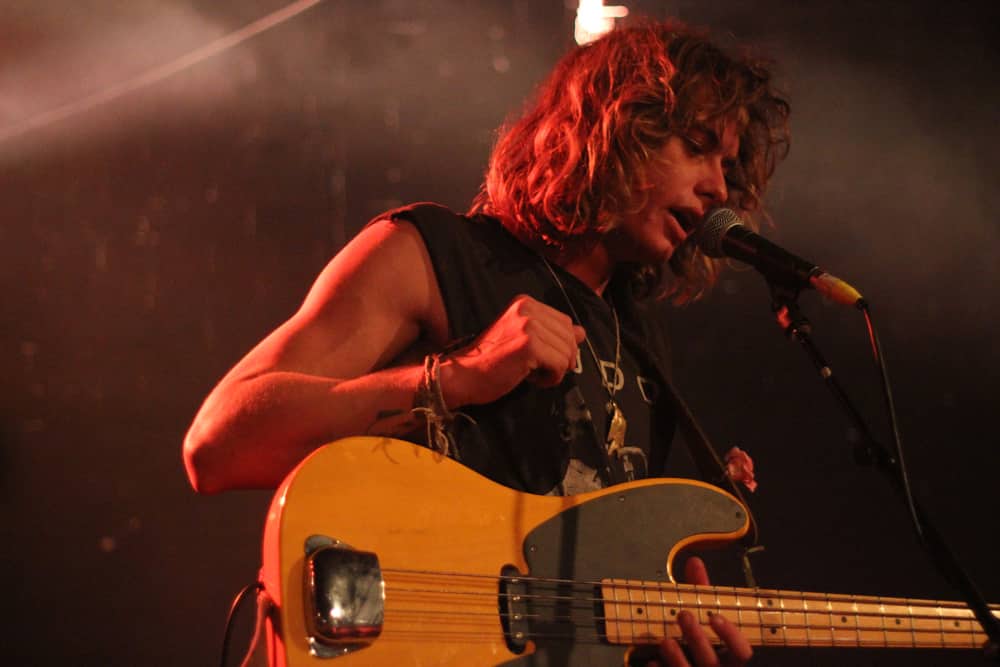 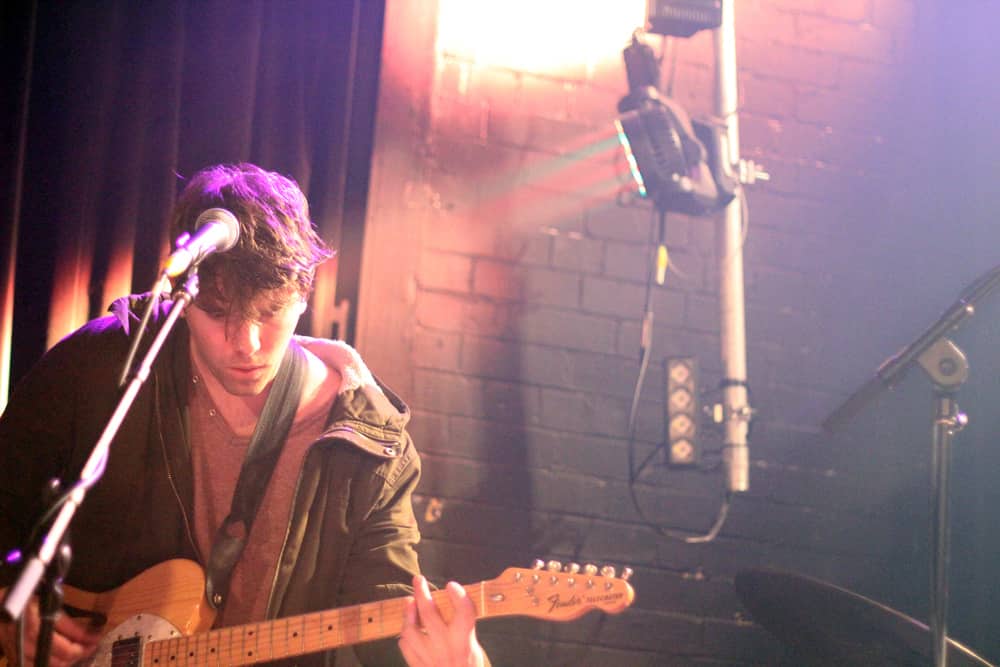 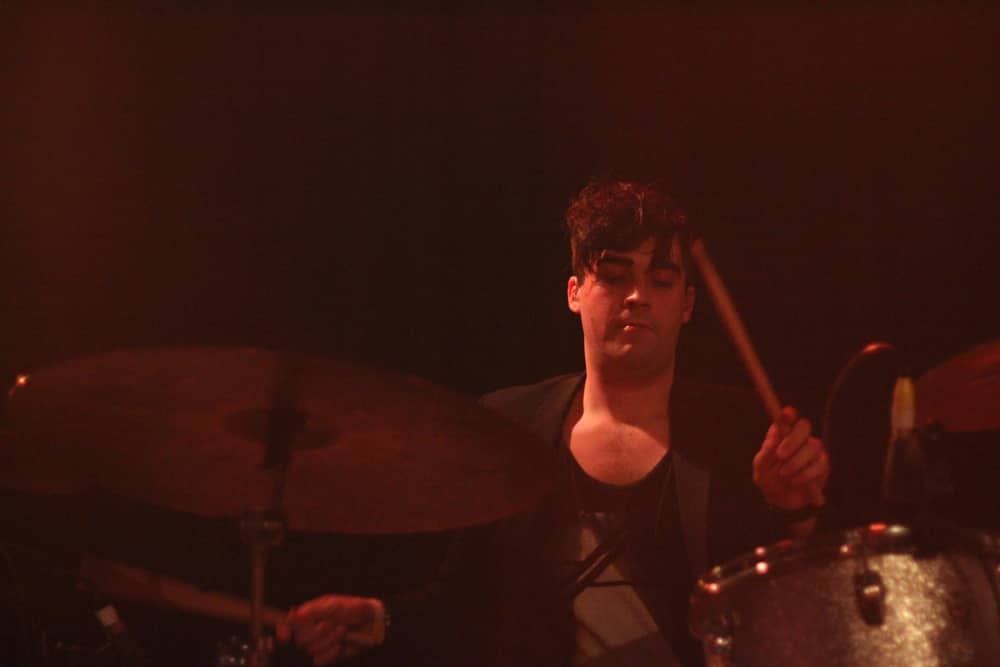 At the end of their set on Friday, the crowd went wild and all jumped on the stage. Jess and I agreed to go up there together. Despite having our cameras with us we were wickedly jumping and dancing around on the stage. It was pretty radical. Jess and I also agreed that Louis London, one of the supporting bands, were fantastic, and they would definitely be one to look out for.

I also saw Jeremy Neale play at the Label State pop-up store, which was lovely. We actually designed the website at work — they create and sell band tees for a great price, and part of that goes to the band or artist themselves. The shirts are great. ;) 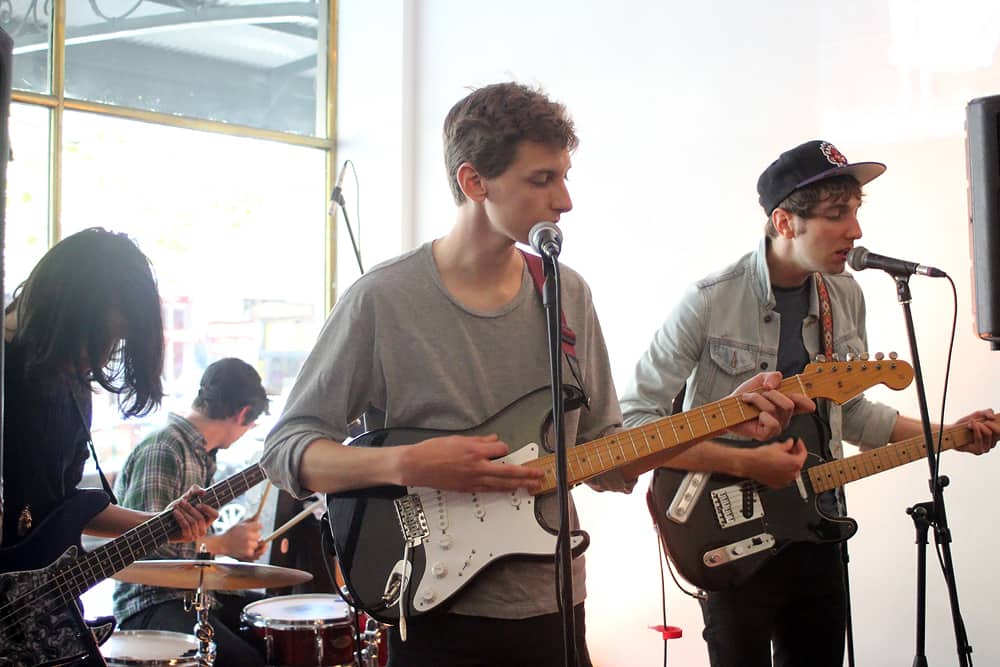 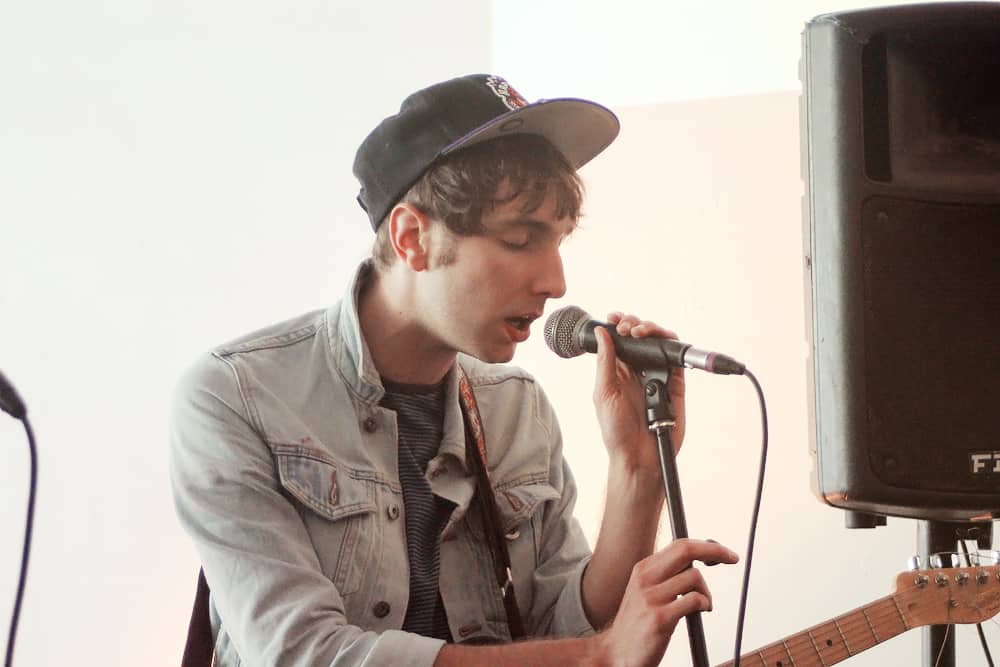 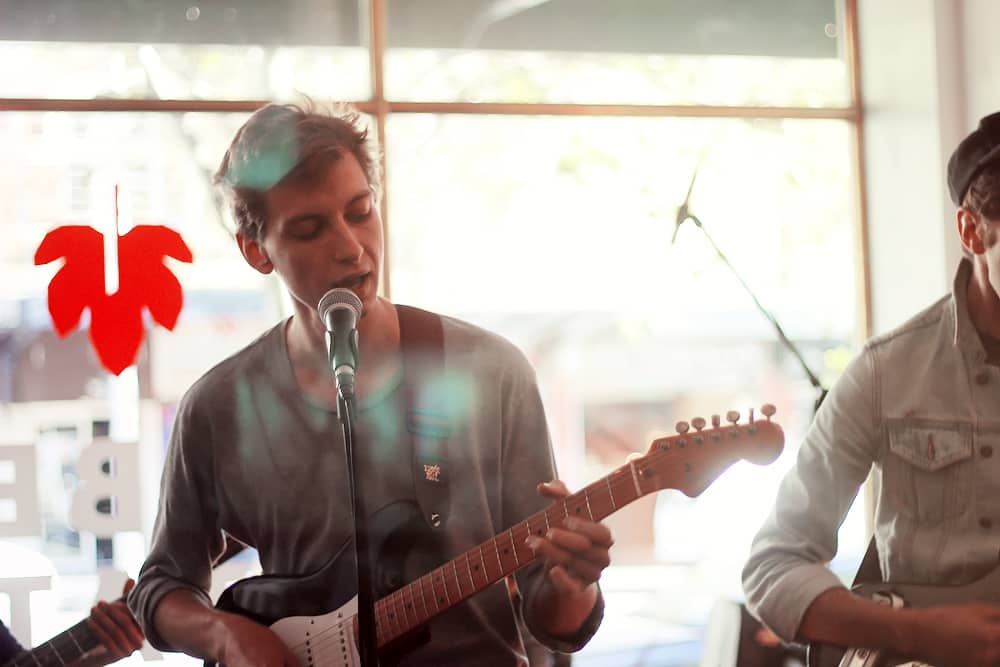 I spent Sunday at James’s, where we cooked, watched Amélie, napped, walked Keeks, and just talked and spent some lovely time together. We made oatmeal pancakes with fresh blueberries, made our own salmon buns, making the buns from scratch, too, and some fail ravioli (failioli)… not pictured. They looked pretty awful. 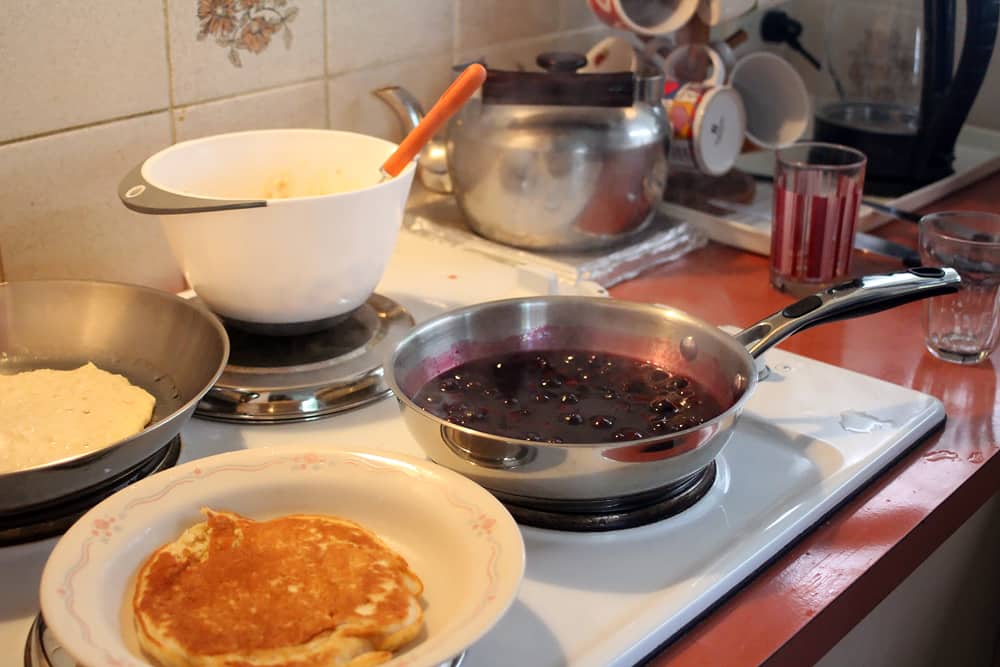 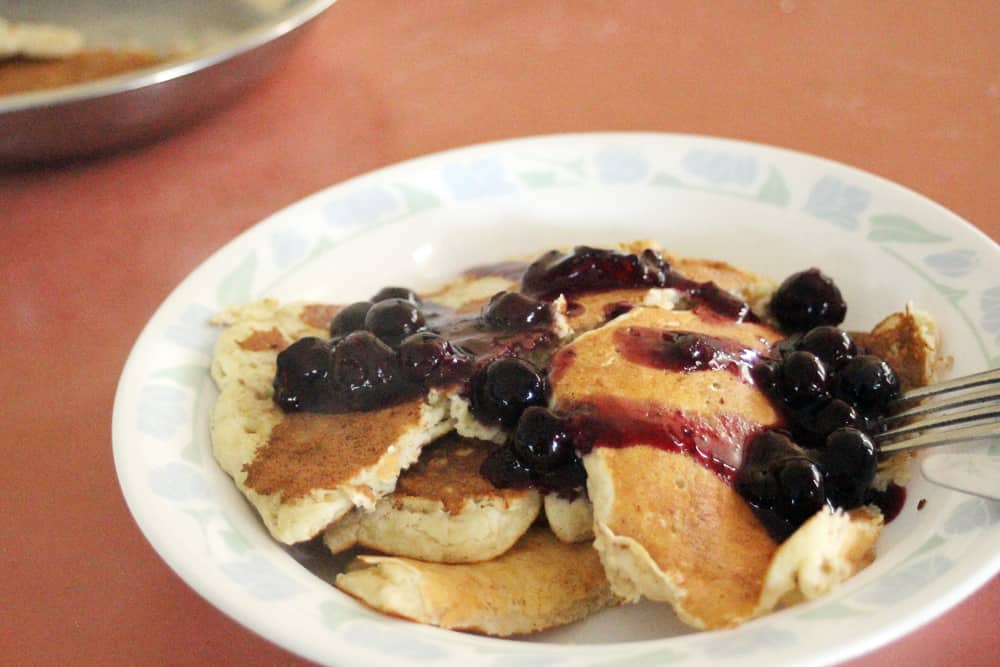 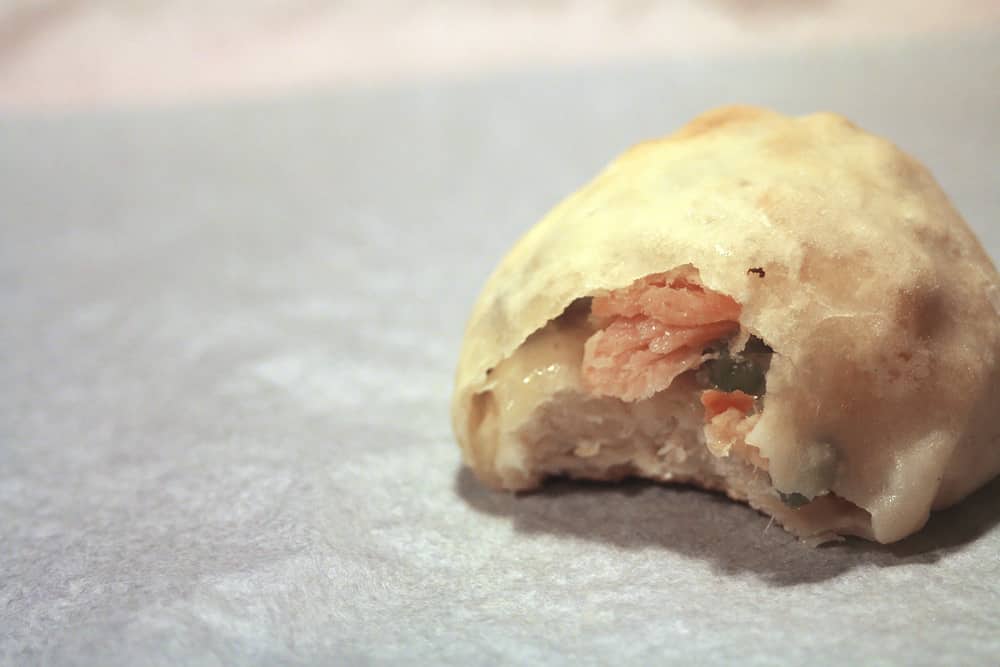 Sydney band Castlecomer played a street show today at lunchtime, about a block away from my workplace. I spent my lunch break just watching these guys because it was a load of fun. I bought their EP Lone Survivor because it was released today. I also got to meet the band, which was splendtastic because they were all very nice people and were appreciative of me being there and having reviewed their song “Rosie” for AMBY. 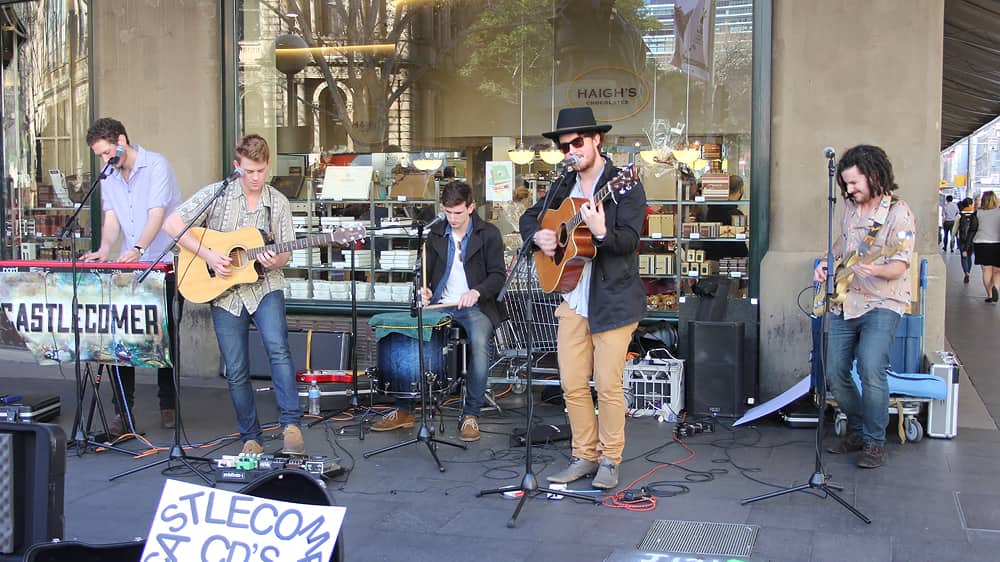 Little things in life. A compliment, a smile, a friendly chat, hearing a band you like, a sweet cold beverage after a run through the city, a seat on the train, a hug from an old friend, someone offering to do something for you, a thank you, just being able to say hello to your friend. The little things.

First of all the birdy dress is one of those exotic dresses that work! They don’t really exist in my world, since I don’t really step foot into boutiques. I have a little obsession with Hong Kong brands but for the most part they are completely plain.

I’ve been following your blog for a while now and I don’t think when I started reading you were so passionate about the social aspect of music. I think it’s really nice you spend every Friday at gigs meeting people and now are contributing to major blogs!

I love the dress, it looks so lovely.

That is so awesome that you were excepted as a photographer for the blogs. I am sure you will be out and about taking photos of gigs very soon (or ones they pick) you take amazing photographs so they are going to love it. Do you get paid for it (I hope so).

It’s not paid, but I don’t mind — it’s good that I get to do something I enjoy, and I think the personal reward, while it may not be money, is to be able to add details and pieces of work to my portfolio, which is some form of self-gratification. :D ♥

I don’t have many brown pieces, but I think it could look good, like your dress! I love the pattern on it, and I think it’s a nice shade of brown :)

Congrats on being on the team for Tone Deaf! That’s awesome that you’re contributing to multiple music blogs. Nice photos as usual too! My favorite is the first one of Lime Cordiale. The angle and crop of that photo really stood out to me.

Ooh, the food you guys made look really good. Blueberries and pancakes are such a yummy combination. I’ve never had a salmon bun before, but that looks tasty too!

Georgie, that dress looks absolutely fabulous on you. I really like the colour and the pattern — it just really fits you! You’re so gorgeous :D

And those food you made — they look very YUMMY. I am now craving pancakes. And I never considered oatmeal pancakes, but that idea is just brilliant. I may have to try that one day! ^^

You pull that dress off pretty well along with the accessories. /eee Great job on the photography oppurtunity. I’m interested in that as well but I don’t do it much because I don’t have a great camera…just yet. I’ve never heard of Lime Cordiale but I will definitely look them up and give them a listen. I like discovering new music. You have some really great shots there as well.

I’ve never actually made pancakes from scratch. Those looked like they were amazing! I love cooking from home with my love too. haha. ♥

And you’re exactly right. It’s always the little things that count. I actually wish I could go to more concerts… they have small gigs for artists around here, I feel inspired to go to some of them. /faw

LOVE that birdy dress. You look really good and that HAIR. I regretted cutting my hair short :(

Wooot! Congrats on the photography gig! That’s awesome. I’ve tried so hard to like and shoot pretty pictures but to no avail so I always admire people who are awesome at photography.

Share the recipe for the pancakes!!! Those look delicious!