When last night becomes this morning

The past week has rolled into September, and I must say, while it looks like there is a lot on my plate, I feel great. Last week I got bitten by mosquitoes one night; I remember scratching my leg during the night but I didn’t think much of it. I just thought my legs might have been dry because I hadn’t moisturised them in a while. I woke up in the morning and there were really red lumps all over my legs, I had scratched hard enough to draw blood and I woke up extremely puzzled, before I finally regained all my consciousness and realised what had happened.

Thankfully the bites are now gone. I have also somehow shifted from taking showers in the evening to taking showers in the morning. Not really sure what brought that on, but I think it started with the need to shower after running in the morning, or, just my pure laziness to do anything when I get home. Needless to say, it’s nice to shower in the morning and feel fresh as a daisy. Naturally, I can’t go by without at least washing and cleansing my face, but jumping in the shower has been rather liberating.

I have noticed that the past week, Tristan and I have been doing all the puzzles in the commuter newspaper together, and attempting to fill up the crossword. Apparently I am good at the word jumbles, but today I proved that statement wrong after we spent a whole train ride trying to figure out what “ACLOSE” could be — the answer was, of course, “solace”. But we did finish the crossword today. /clap I found it so monumental I actually stuck it on my wall. :P

On Friday evening, Tristan and I went to see Jeremy Neale play a show at GoodGod. I normally hate that place, because it is just filled up with smoke, has crummy reception and is dark as balls (which makes photographing a nightmare), but I had a really good time that night. I didn’t expect her to come, but Jess came along to the show as well, and we danced to the music with whatever moves we could pull out of our pockets. It was loads of fun. (I made Tristan dance as well.)

The most memorable moment was probably what occurred after I realised they were playing Electric Light Orchestra’s Evil Woman through the sound system. I made this sound that sounded like a yelp, a shriek and a fangirl squeal at the same time, immediately followed by “oh my god”.

Evil Woman is the song — I repeat, the song — that will make me dance, no questions asked. I will dance to that song so long as someone plays it. When I realised they were playing it, I was undoubtedly excited and proceeded to pull out dance moves from nowhere. Oh, it was awesome. I went a little wild. /bounce Jeremy Neale was amazing as usual, and my photographs for Casual Band Blogger turned out pretty decent. 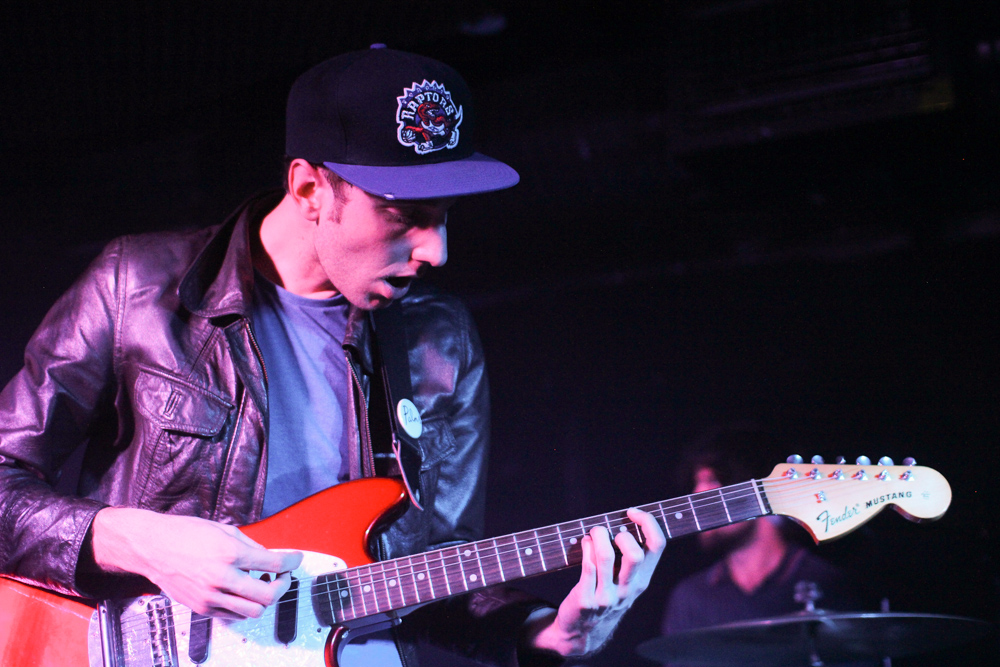 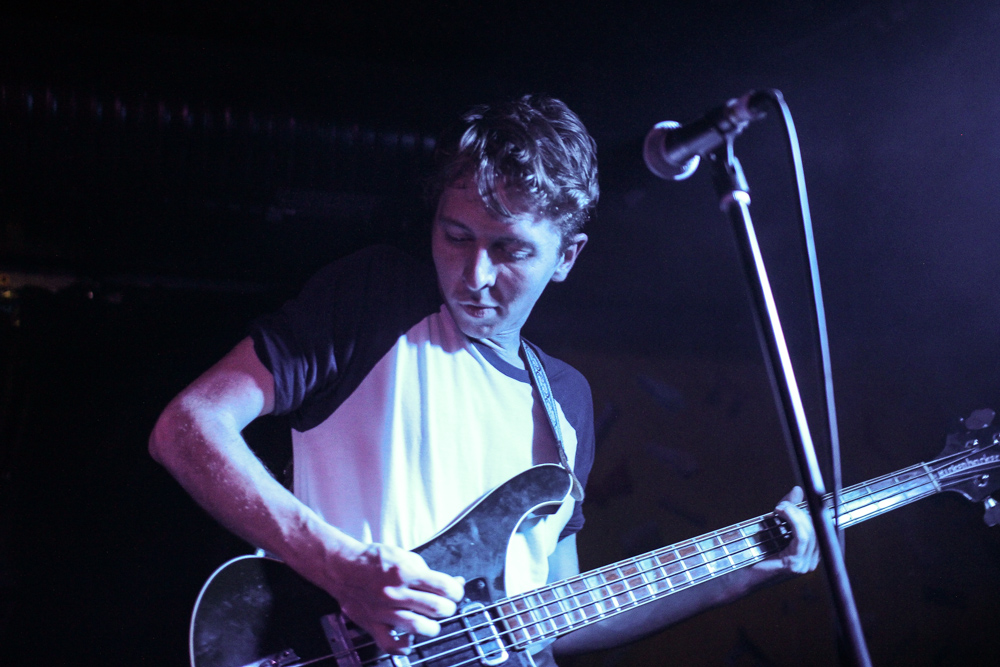 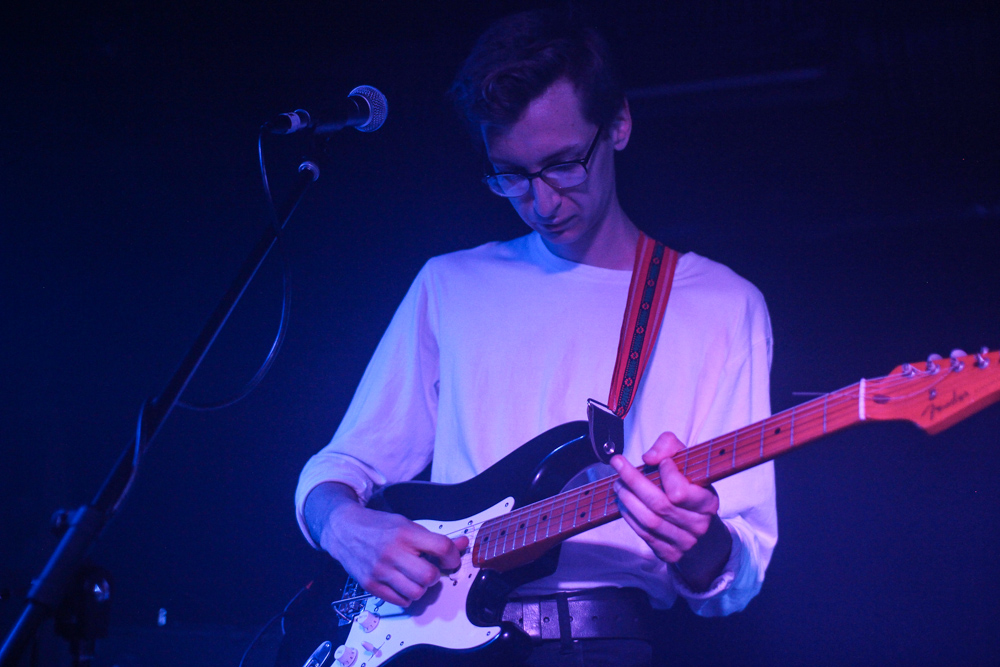 Tristan and I ate at The Dip outside of the venue. I had a vege dog — it was really yummy, never mind that it was already 10:30 at night! They only recently introduced the vege dogs. I remember being pretty happy when they announced them, because that meant that I could actually eat there. :D We had some chips with some strange salsa that was reminiscent of tabouli, then we headed home.

Saturday, I woke up at 6:30am, feeling rather odd. Who wakes up at 6:30 on a Saturday when they were up until 1:00am in the morning? For some reason, I have been waking up at around that time for the past week, without really intending to (my alarm is usually 6:50). I am very confused. But Saturday morning I wasn’t confused enough to stay in bed, so I got up and went for a run, beating one of my personal records. I returned home to take a shower and head off to university for a group meeting. For the past few weeks I have been missing the meetings because of trackwork or just overall grogginess, and have had to check in via Skype instead. It felt good to actually be there and be productive. I was there for a total of four hours. O_O I guess lugging my camera around made it a bit fun because I got to take photos of all the workshopping we were doing.

It was also open day at university, where there were a lot of students in their late teens looking to start university; there was also this phenomenon known as free fairy floss which made me a happy lady, and there was also free popcorn and go-karts, but I didn’t feel too keen on any of that, and just wanted to go home.

On Sunday, James and I went to the mountains to see the Botanical Gardens. There are gardens in many towns, but they all differ in their own special way. The one in the mountains is pretty because it overlooks the mountains, but it was a shame that the roses hadn’t quite grown yet. It took us over an hour to get to the mountains, which is fair enough. If I was still doing my old A Thousand Roses project I would have been pretty bummed about the roses but there were still other lovely pieces of nature to look at. James also packed lunch in an esky, and we ate delicious wraps with seafood and salad, sitting on a really large tree stump and using it as our table.

Some photos (I took so many, this is just a handful): 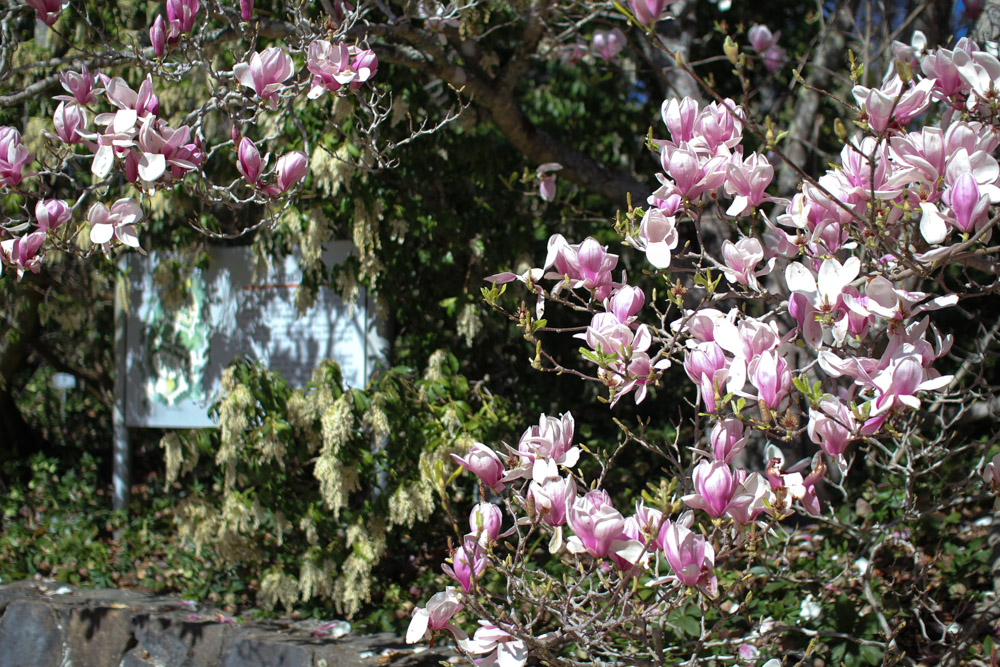 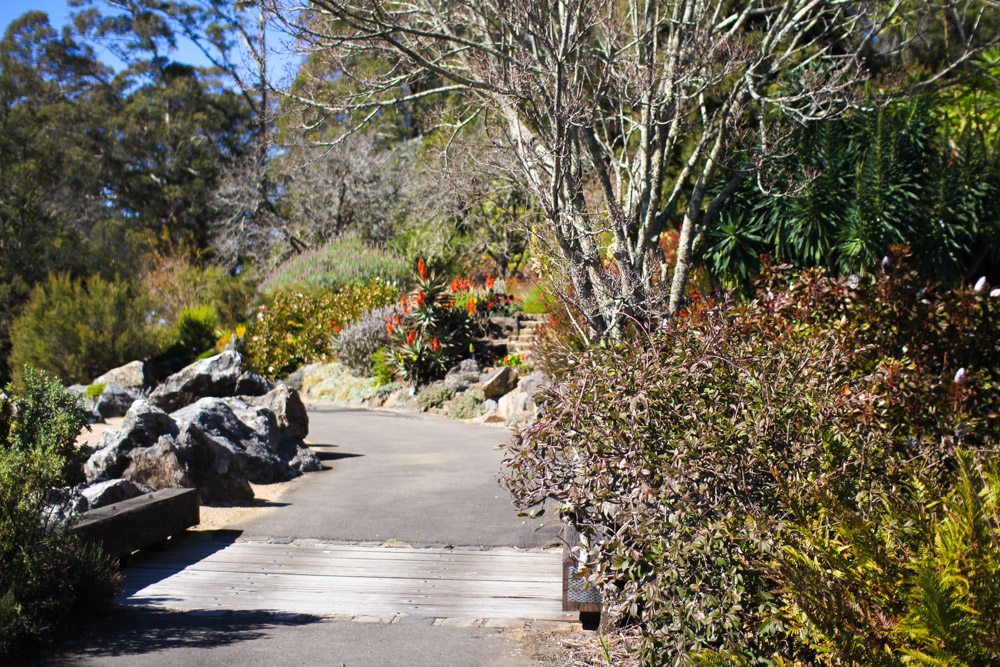 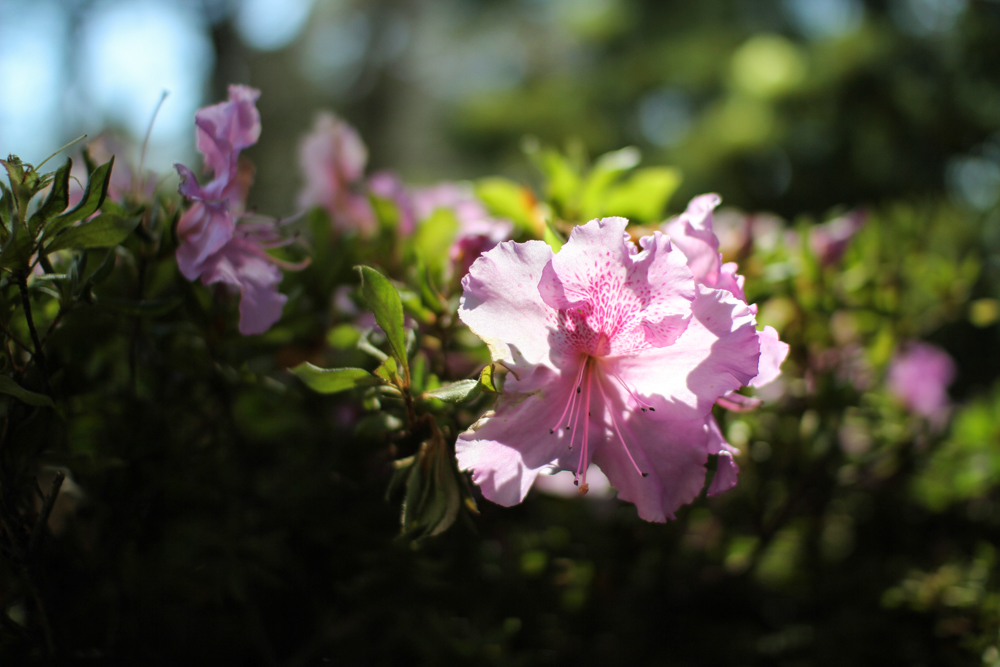 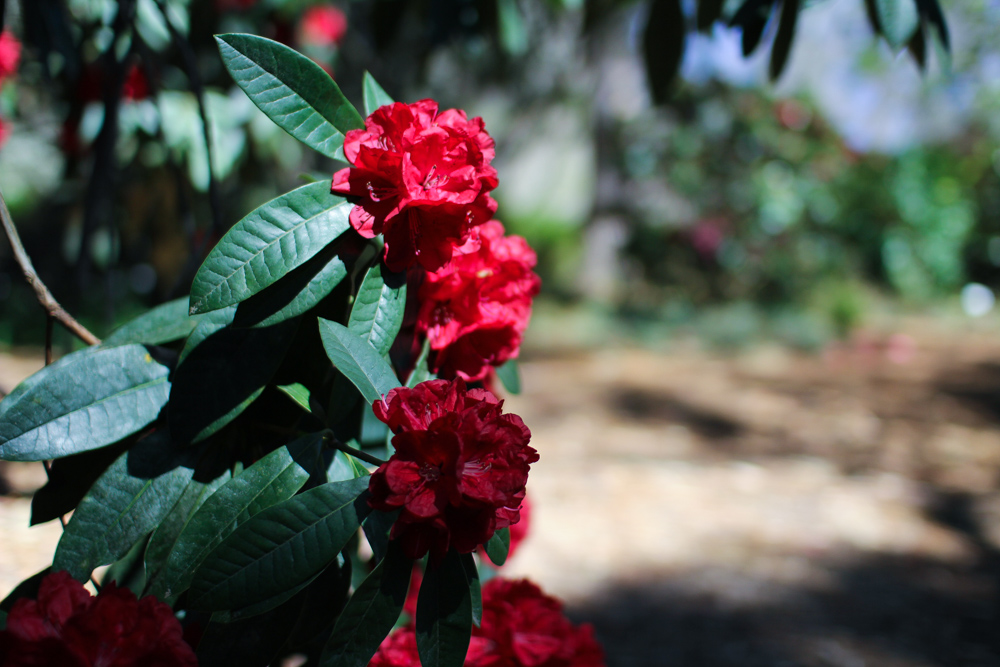 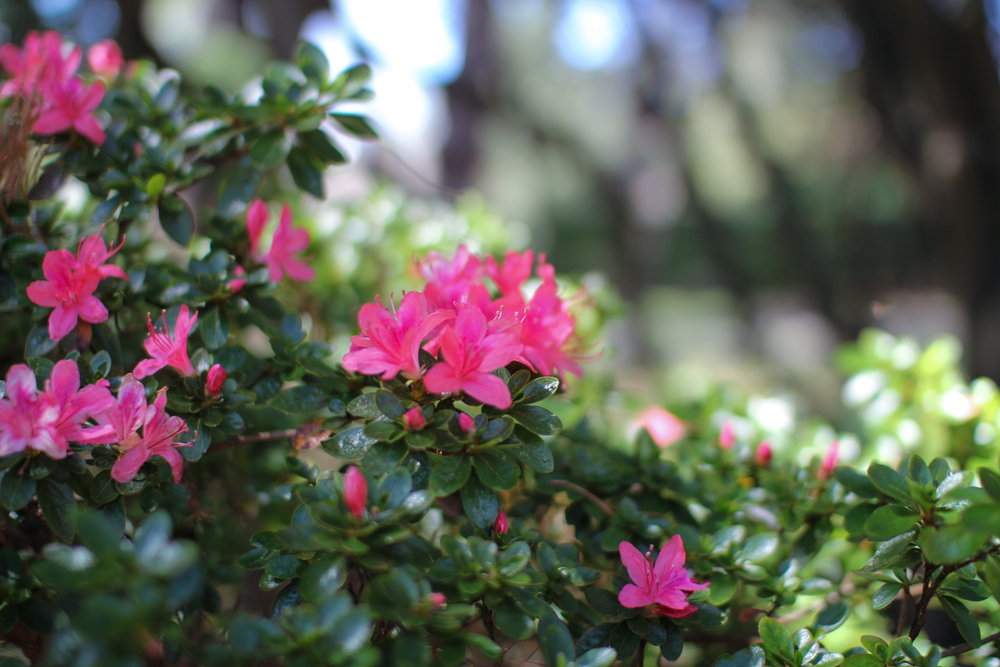 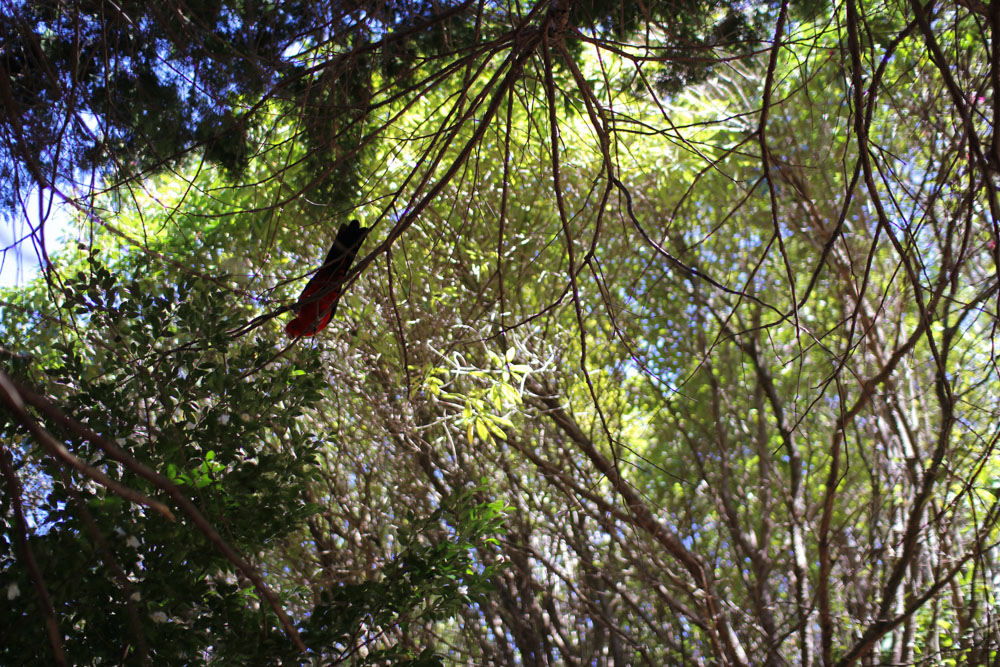 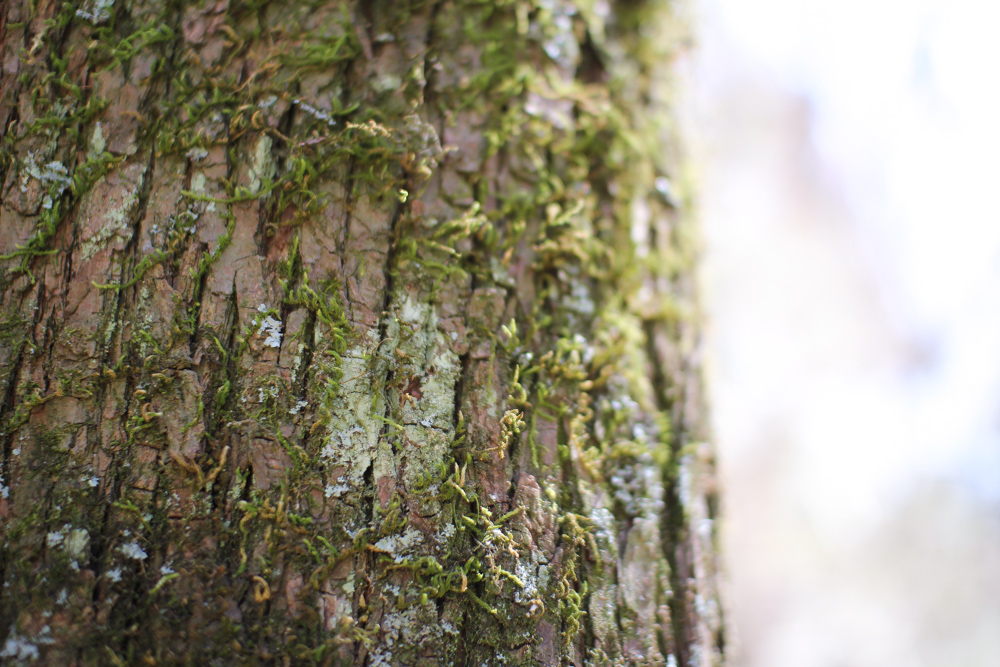 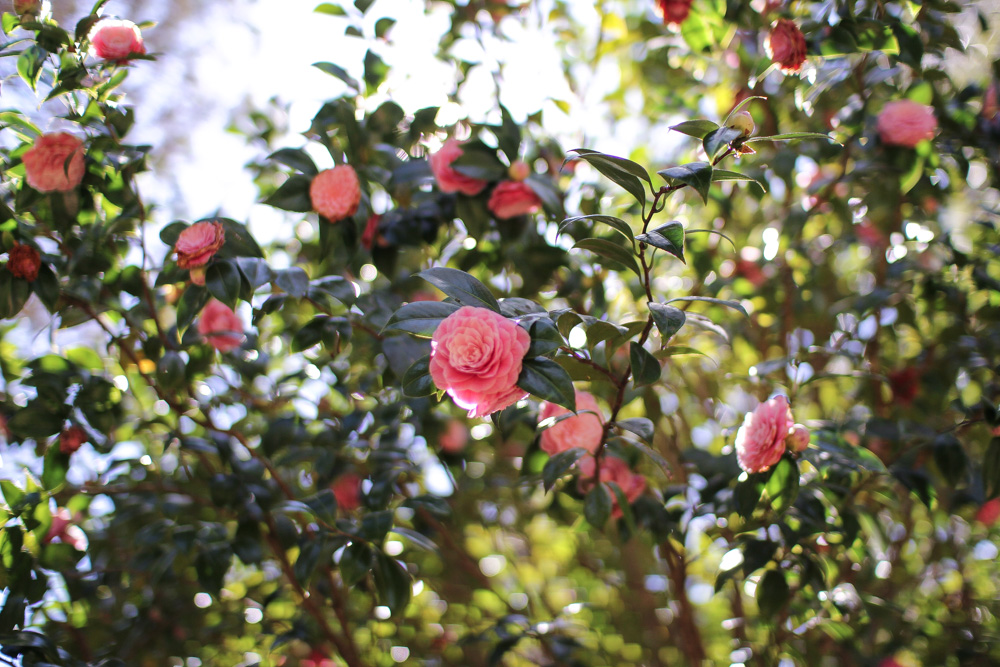 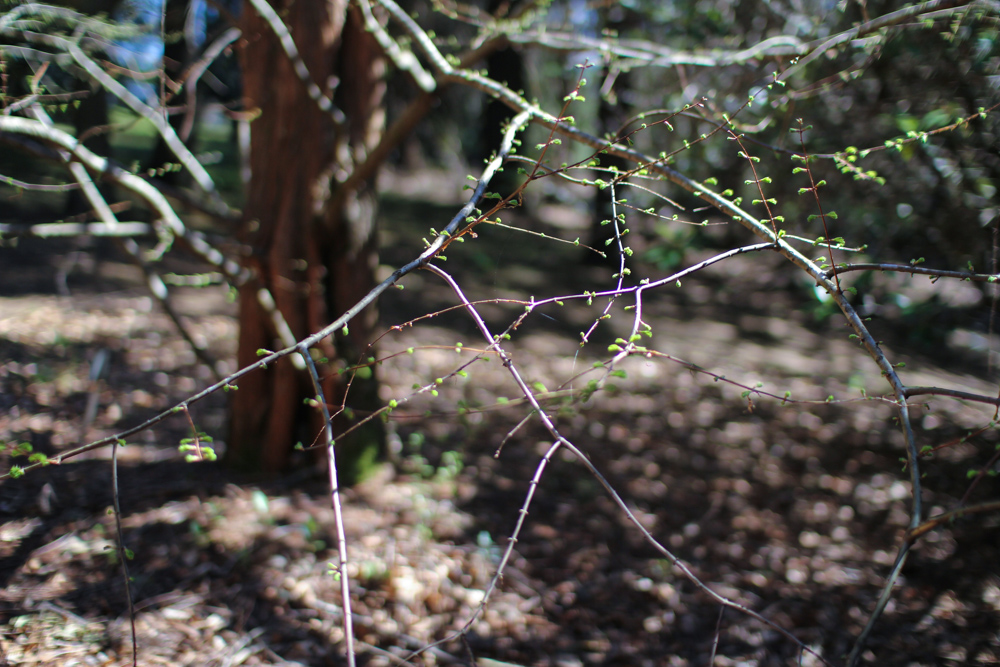 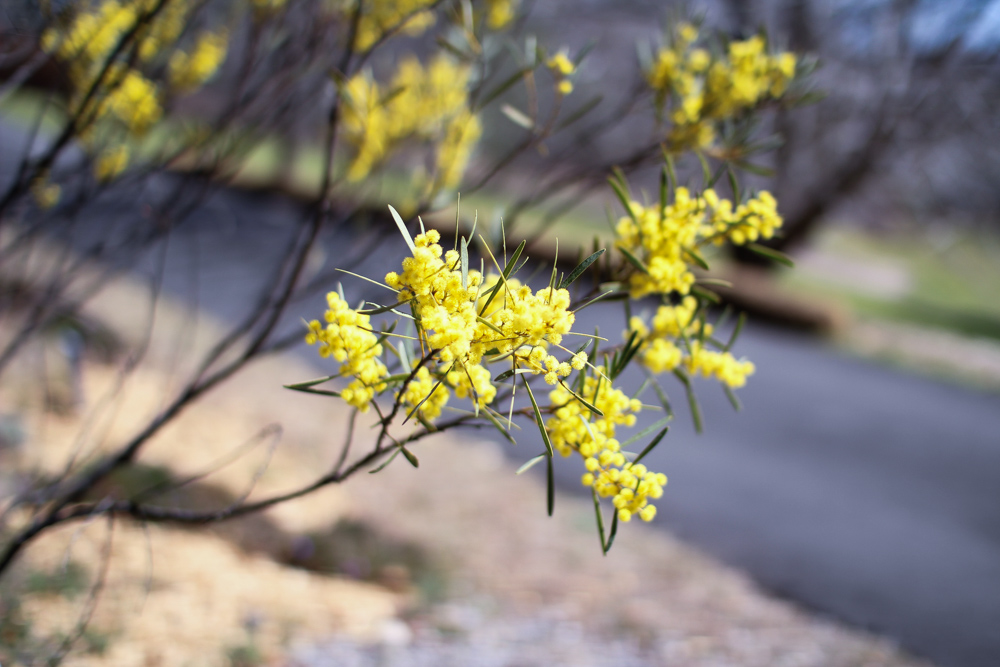 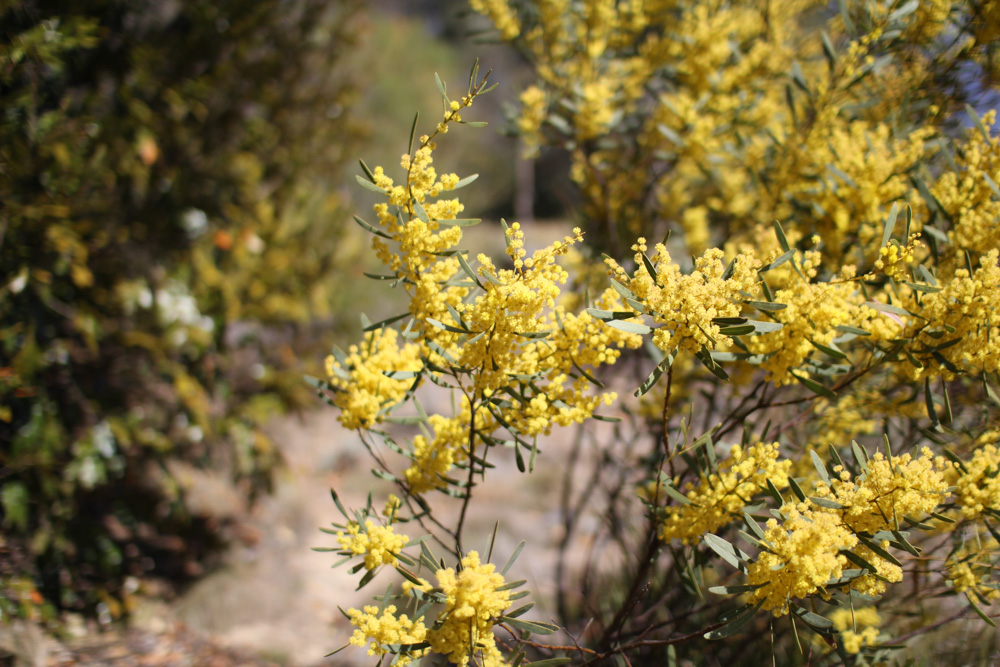 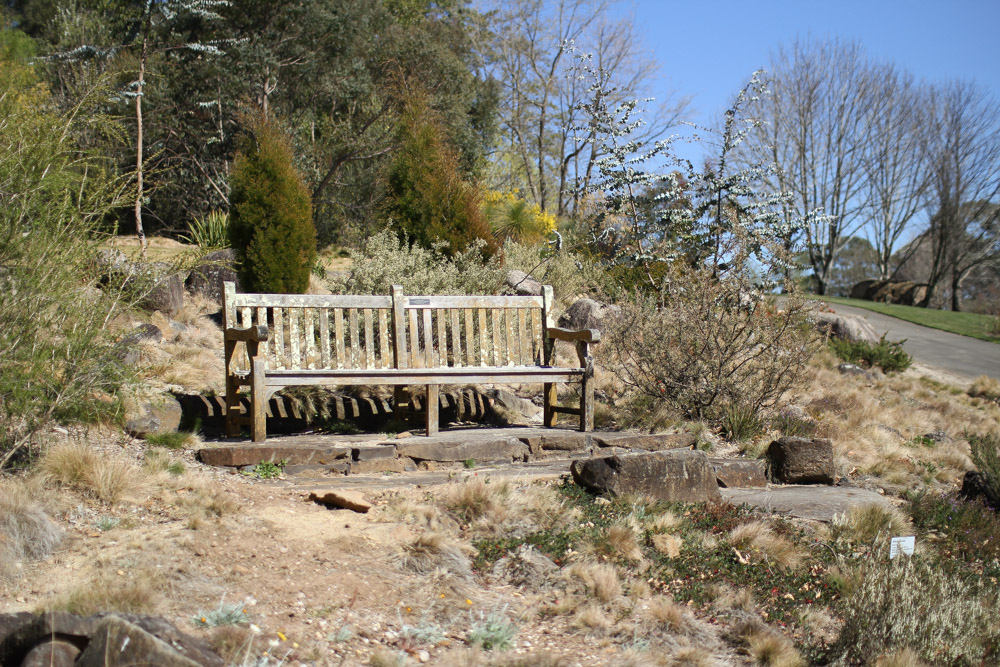 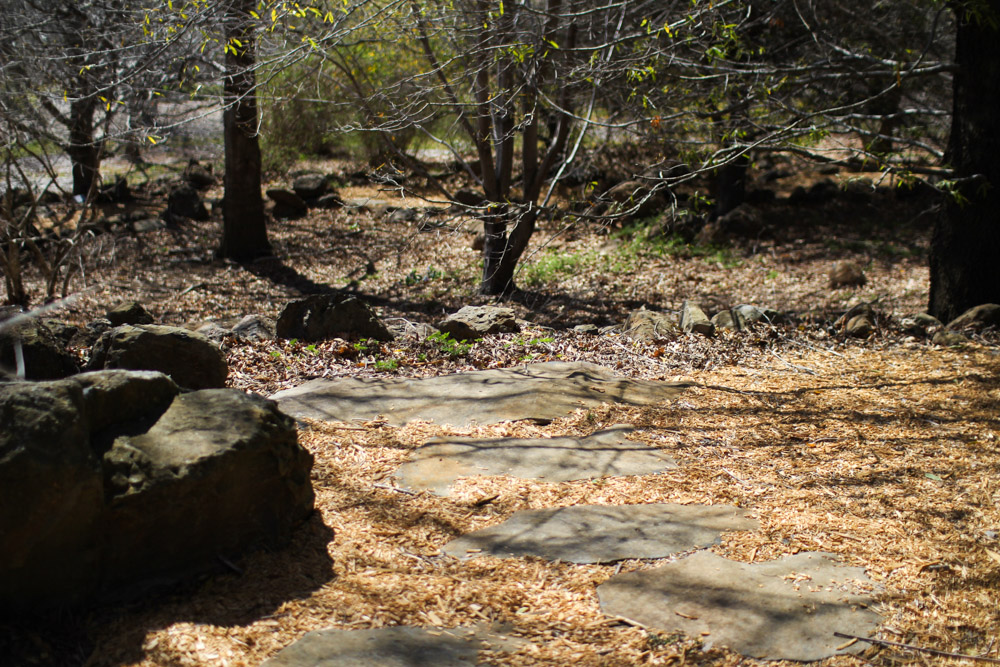 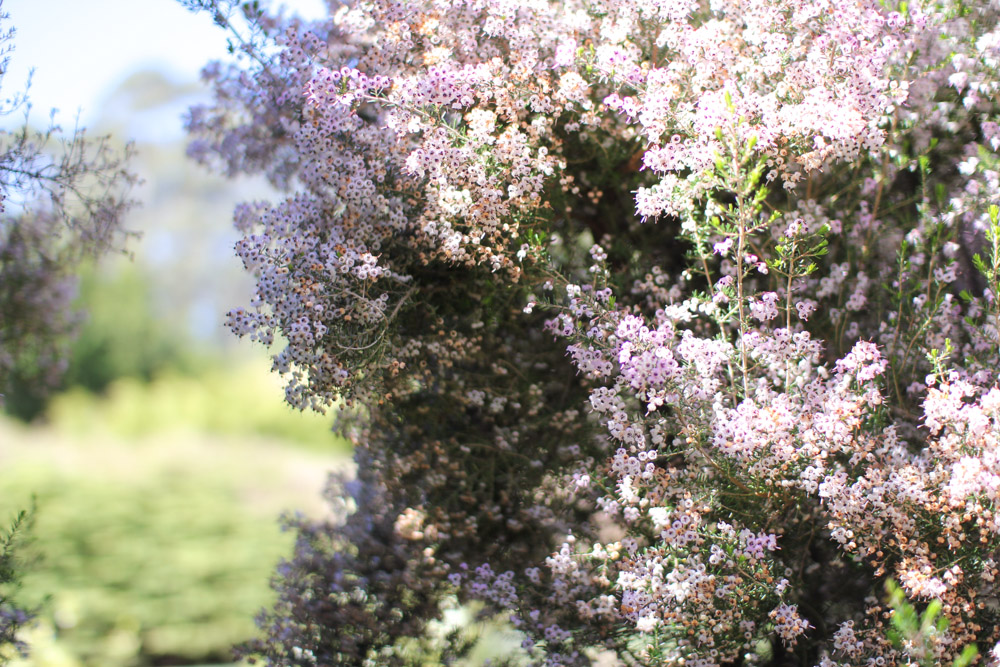 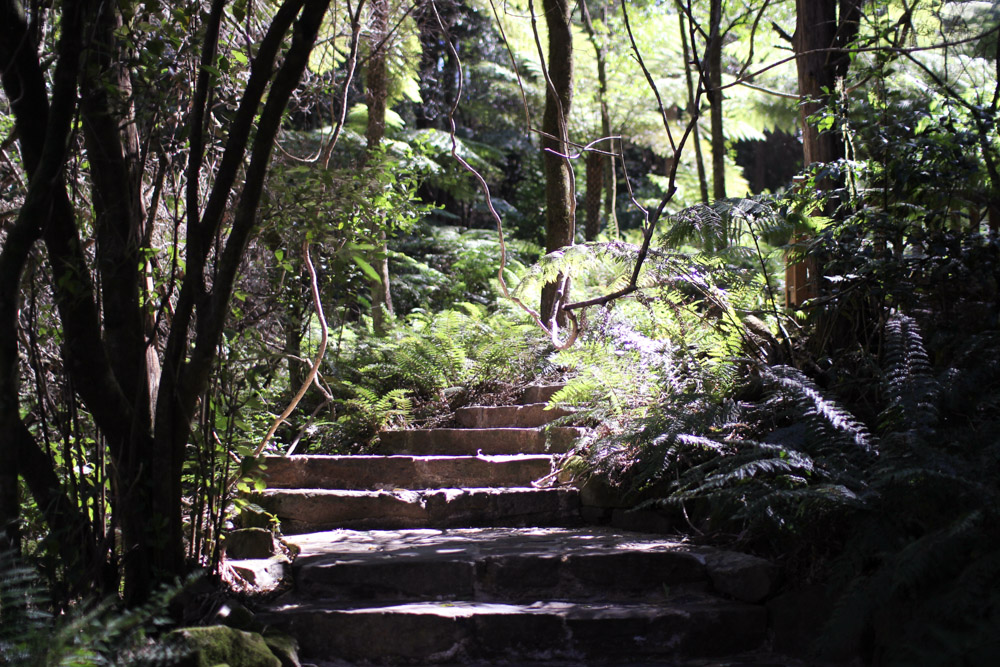 There was a viewing platform indicated on the map, but it was sort of crap because we could hardly see anything, and it was at a rather low height so we could barely see the mountains. We did spot a lot of lizards, though, and I approached one really carefully just so I could take some close-up shots of the little guy. He barely moved! 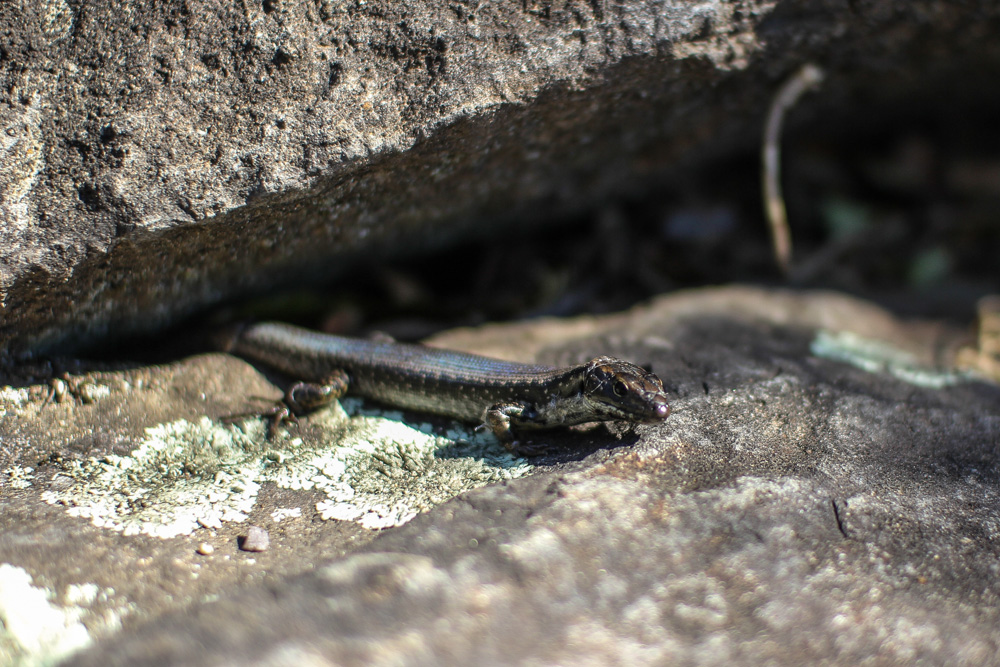 On the way back home we both needed a pick-me-up, and spent a long time driving through the rural towns looking for a café that sold iced coffee. None of them did, so we ended up going to a café near home to get some. It was a bit disappointing. At least we picked up some homemade jam along the way.

That was my week in review, and it was pretty delicious. What’s dragging me down this week is more of that — more of what? I hear you ask, well — that work, that assignment, that housework, that gigging, that rollin’, that swaggin’ and yolo-in’. Trust me, that’s the last time I’m being all bütz and dütz in a blog post.

I actually feel like I’m being a total hermit sitting at my computer all day. I used to enjoy returning home to my computer, but… it’s my day job, and I was bound to get sick of it some time, right? There are only so many hours you can spend in front of a computer. Lately it has felt really awesome to not look at a screen and to go for a walk, hang out, just explore the city and use the time I have. It’s funny, and I did mention a few blog posts ago — I just realised how much time I have.

I think I have been using it a little less than wisely lately, but at least I always have something to do, and it is unlikely I will be bored any time soon. :)

I’m glad your week was an enjoyable one. ♥ I know I’m gonna miss the summer even though I hate the heat, but I look forward to an interesting fall anyway. /eee

Oh my… what beautiful flowers! /love Besides the fact that your photography skills are AMAZING… those flowers are a real beauty of Nature. I’m also surprised to see no sign of spiderwebs among the stems… they’re so clean and that’s amazing, considering that you were not in a park but on the mountains.

Honestly, I believe the human body needs to switch activities pretty often to keep an internal balance. Computers are fun, but when you spend all day at the desk working, your body needs to do something else to keep the balance. And the sanity.

Well, I’ll be around a bit more often. :3 And I still have an e-mail to catch up with, right? I lost count…

I totally know what you mean about just getting off the computer and feeling better about it, oh man. Well, after a few years of being obsessively attached to one’s computer, it’s bound to get tiring. XD

Those photos are gorgeous! It seems like you and James had a good time in the gardens :)

I’m glad that your mosquito bites are gone, because that sounds so bothersome and gross 😰 Weird to be waking up at 6 in the morning on a Sunday, but more–well less, but more efficient time to run! :D

:o Those botanical garden photos are amazing! Can I please steal them and use them for painting?